2022 in Lesbian Audiobooks, Part I: The Best Sapphic Fiction Tropes!

Can you hear “All I Want For Christmas Is You” playing in every store on the planet?

With the year coming to a close, we thought we’d have a look at all the work we did in 2022. In this post you’ll find all this year’s lesbian audiobooks releases (including the ones coming out until the end of December) organized by tropes. A second part is coming soon, so keep an eye out for that.

A good idea for a holiday gift and/or your next self-care treat might be hiding here!

One of the most popular tropes in women-loving-women fiction. And it’s understandable. Who doesn’t love seeing those frosty exteriors melt? 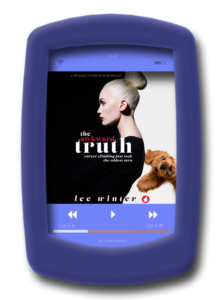 The Awkward Truth by Lee Winter

Ambitious, ice-queen lawyer Felicity Simmons will not let herself get distracted from her latest assignment: investigating a South Bronx charity that helps homeless people’s pets. Their gorgeous, opinionated, soft-butch veterinarian is definitely not a distraction. At all. 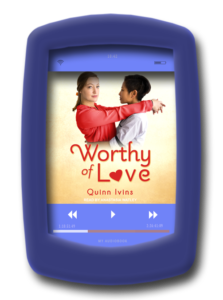 Worthy of Love by Quinn Ivins

Nadine Bayani is just getting out of prison for committing finance crimes. Now working a menial job, she meets Bella Clarke, and as they grow closer, Nadine introduces Bella to the delights of Filipino food and opens Bella’s eyes to her own possibilities. Can two such different people ever be a match? 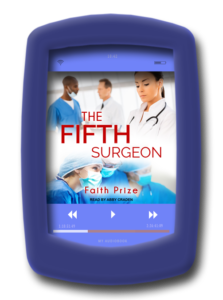 Cardiothoracic fellow Nadia Keating fits the archetype to a T. She’s direct, uncompromising, and suffering from a God complex. Her boss, Ashley Rylan, is just the opposite—sweet, agreeable, and soft spoken. Their professional paths keep crossing, and a powerful connection starts to grow. Maybe having sex would help them get over their distraction at work? Or would that ruin everything? 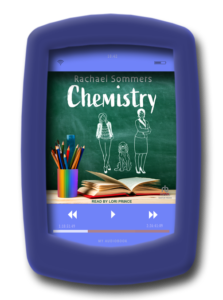 When young and bubbly Lily Cross and disillusioned, frosty Eva Thomas cross paths, sparks fly. Their clashing arguments in the high school teacher’s lounge quickly lead to attraction. Will they be able to make it work despite their differences?

Cellist Kate Flynn strikes a fast friendship with her new boss, Vivian Kensington, a fierce woman who hasn’t let her deafness stop her from being immersed in the world of music. Can the perspective of more be enough to make Kate want to stay in Chicago? Can they ever truly understand one another?

When Vivian Carlisle, the world’s premiere fashion editor, finds out she’s pregnant—right as she’s in the middle of a very public and messy divorce—her assistant, Jules, is the only one there to support her. Everything will work out…so long as they don’t do anything stupid. Like fall in love.

Above All Things by Roslyn Sinclair (audiobook coming December 27)

Vivian Carlisle and Jules Moretti have certainly faced challenges before. Now they just need to strike a balance between their romance, Vivian’s pregnancy, and their jobs. It’s nothing they can’t handle, right? Above All Things is the second part of the two-book Carlisle series.

University professor Sonja J. Storey’s perfectly ordered life descends into chaos when she starts receiving threatening notes and sinister emails. She can’t help but be suspicious of everyone, even Crystal, an intoxicating, enchanting junior professor. Sonja must find out who’s out to get her before she loses her brilliant mind, and her chance at the one thing she’s never known—love.

Be it falling for a client, a boss, or a coworker, the tension and the will-they-won’t-they in these romances are just delicious to read! 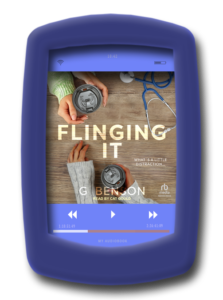 Flinging It by G. Benson

Trying to set up a programme for at-risk patients, midwife Frazer teams up with social worker Cora to cut through all the red tape. Cora, feeling smothered by a domineering spouse, clings to the programme and the distraction Frazer offers with both hands. The two women soon find themselves having an affair. Walking away from each other might not be as simple as they originally thought. 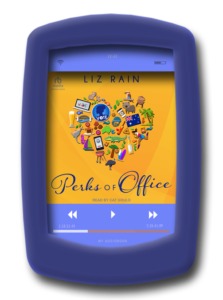 As soon as they meet, Emma develops a crush on her new boss, politician Bridget O’Keafe. It’s futile, she knows. But a girl can dream. When a scandal leads to a fall from grace, Bridget turns to Emma for comfort. Is it just a meaningless night of passion? Or can they be more? 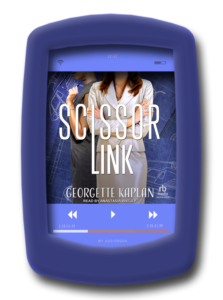 Wendy Cedar’s crush on her hot older boss, Janet Lace, is completely harmless until Janet finds an email in which Wendy shared a sex dream with a friend. It leads to a no-strings-attached office fling, but soon they’ll have to decide if a romance is for them, or if they’re better off as boss and employee.

Who’s never had a celebrity crush? Never thought of what it would be like to meet one and fall for each other? In these books, that’s exactly what happens. 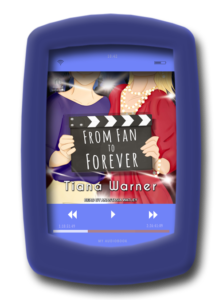 From Fan to Forever by Tiana Warner (audiobook coming November 22)

A chance encounter leads A-list actress Cate Whitney to ask university student Rachel Janssen to be a science consultant on her new Marie Curie film. Wait, is Cate flirting with Rachel? The chemistry between them is unbelievable, but maybe being linked to a superstar will prove too much for Rachel to handle. 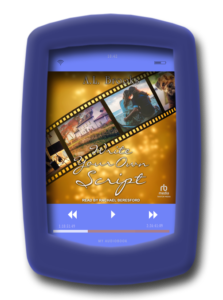 Write Your Own Script by A.L. Brooks (audiobook coming December 6)

When famous British actress Tamsyn Harris and successful author Maggie Cooper meet at a retreat in Norfolk, they quickly embark on what can only be a holiday fling. Both are dealing with professional challenges and definitely didn’t plan on starting anything new. But can they just return to their lives and leave each other behind?

The begrudging attraction, the slow transformation of animosity into neutral ground, then love… Enemies to lovers make for such an enjoyable read! 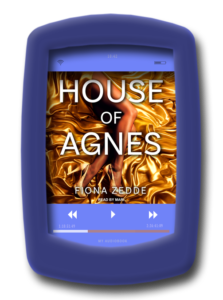 House of Agnes by Fiona Zedde

Investigative reporter Lola Osbourne is not afraid of Agnes Noble, queen of House of Agnes, the most exclusive escort agency on the East Coast. Lola is determined not to let anyone else fall into Agnes’s web, to be used and discarded like her sister was. However, when their eyes meet, they find that only a thin line separates hatred and desire.

Ruby Jordan’s plans to build an animal shelter at a homestead are completely derailed when the place is bought by powerful venture capitalist Claire Pressley. Even as they keep clashing, the attraction between the two women is obvious. It’s hard to imagine they could ever be friends at this rate. And more…that would be just ridiculous, right? 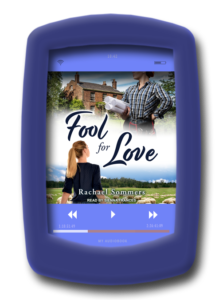 Fool for Love by Rachael Sommers

When property developer Chloe Roberts inherited her old family home, she didn’t expect to run into Amy Edwards, the first woman she ever loved. Can the childhood friends rebuild the bridges they burned? Can they heal the wounds from their past, or are they bound to repeat the same mistakes? 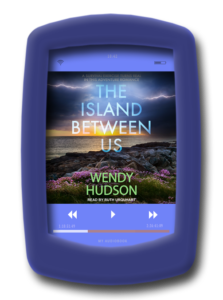 The Island Between Us by Wendy Hudson

Actress Kelsey Campbell, wanting a break from the limelight, signs up for a two-week survival course taught by Georgia Hamilton. But just as they are renewing their long-lost connection, their group is left stranded by a storm, and Georgia must race to find the way home or lives will be at risk.

Remember the rules: you’re working together for a mutual goal; act like a couple, but don’t go overboard; and don’t get attached because it will all be over soon. Somehow, though, we always arrive at the same point: “What is this I’m catching? Feelings?!” Yes, please! Give me more! 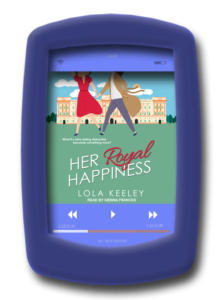 Her Royal Happiness by Lola Keeley

When Princess Alice has to ask anti-monarchist education specialist Sara for help diagnosing her nephew’s learning difficulties, it’s a little awkward. To protect the boy’s privacy from the press, they agree to pretend they’re dating. But as their fake dates start to feel like much more, Sara and Alice must learn to navigate having a real relationship in the public eye. 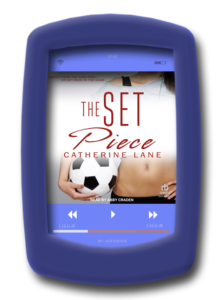 Amy Kimbell jumps at the chance to be the fake girlfriend of soccer player Diego Torres. But Diego’s manager is as sleazy as they come, and what was supposed to an easy job becomes more complicated every day. And then there’s the small matter of how Amy finds Diego’s assistant, Casey Palmer, insanely attractive…

Ten years after a tryst that left Elizabeth pining after her friend Michelle, the woman reappears in her life, asking Elizabeth to pretend to be her girlfriend to beat her cheating husband. That would mean facing up to some old feelings she’d rather not revisit. Should she accept?

It can be torturously good to watch characters fall slowly, emotions build up brick by brick, attraction develop into full blown love… 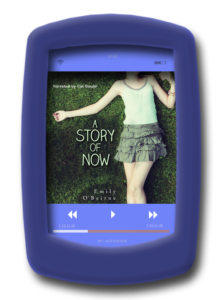 A Story of Now by Emily O’Beirne

Nineteen-year-old Claire Pearson needs a life. And some new friends. But she doesn’t know how to go about getting either. When she meets Robbie and Mia, they fall into an unexpected friendship. And despite Claire’s initial weariness, Mia seems to get her like no one ever has before. Before long, Claire starts to question her feelings towards her new friend.

The Sum of These Things by Emily O’Beirne

In the sequel to A Story of Now, Claire still has some things to learn. Like how to trust in her relationship with Mia. And she still needs to figure out what to do with her life and how to deal with her parents’ expectations. Will the challenges of adulthood get in the way of Claire’s happiness? 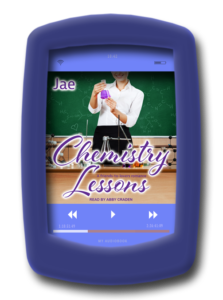 To prove they don’t have any chemistry as a couple, childhood best friends Kylie and Regan agree to go on three dates with each other. When a good night kiss turns passionate, they’re forced to ask themselves if they could ever go back to how things were before. Will they risk their friendship for this chance at love? 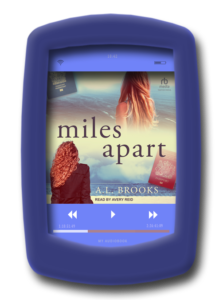 Alex and her girlfriend Terri have been slowly drifting apart for the last year, especially after Alex finds out about Terri’s drunken one-night stand. Then, on a business trip to Canada, Alex meets Justine, and they form a connection that turns her world upside down. Alex finds herself torn between loyalty to the old and new beginnings in a long-distance relationship.

After the death of her wife leaves her crushed by grief, security expert Lee Glenn finds her way back to life when her job takes her to a small, rural Canadian town. She is shocked to find herself attracted to Gaëlle, a woman who seems to have a deep connection to life beyond life. Will Lee find the courage to open herself up to love again?

ANGST WITH A HAPPY ENDING AUDIOBOOKS

Sometimes, a little bit of angst is just what we want. As long as everything turns out okay in the end, of course!

Since she broke up with her girlfriend, Jess has been pretty isolated from the world. Until her friend Sophie drags her to a still-life drawing class. The thing is, Sophie thinks that Jess and the class instructor, Diana, would be just perfect together.

Don’t forget to keep an eye out for part two!