Welcome, visitor. You can login or register
View cart “Caged Bird Rising. A Grim Tale of Women, Wolves, and other Beasts (Twice Told Tales. Lesbian Retellings – Book #1) by Nino Delia” has been added to your cart.

The Bureau of Holiday Affairs by Andi Marquette

Executive Robin Preston has dedicated her life to climbing the corporate ladder, using whatever means necessary. In the shark-infested culture at Frost Enterprises, anything goes, and Robin is a master at the game.

On the verge of a major promotion, Robin receives a strange visit from Agent Elizabeth Tolson of the Bureau of Holiday Affairs, who informs Robin that, though Robin may be a lost cause, the Bureau has scheduled her for intervention. Robin will receive three visitors in the two weeks before Christmas, who will escort her on visits to her past, present, and future.

Robin will be forced to face not only who she’s become, but the parts of herself she left behind, when she was an art major in college and in love with fellow art student Jill Chen, in whom Robin found a kindred spirit—until Jill broke if off with her. In order for Robin to change her ways, she’ll need to reclaim who she was and open her heart again, to a past she thought she left behind.

The Bureau clearly has its work cut out for it, but Agent Tolson relishes a challenge, and she’s put together just the team for Robin’s case. They may have to cut a few corners and go outside a few lines, but Agent Tolson has a perfect salvage record and she’s not about to let that change. The question is, will Robin?

“Grab some hot chocolate and settle in while Andi Marquette takes you on a funny, heartwarming, sexy ride through Christmas and beyond in this takeoff on a classic holiday tale.”

Andi Marquette’s Bureau of Holiday Affairs is a snappy—fresh take on Dicken’s A Christmas Carol—and is absolutely delightful. Marquette brings this holiday classic into the twenty-first century with a dash of edgy humor, a healthy dose of juicy romance, and a sprinkling of cautionary tale to those in the business of greed. She skillfully wraps this clever tale up in Christmas ribbon topped with a great big bow-sure to bring Xmas cheer to all who are lucky enough to unwrap this Yuletide gift. I loved it!

6 reviews for The Bureau of Holiday Affairs by Andi Marquette 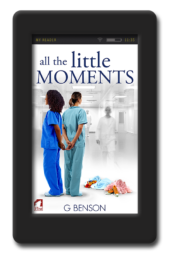 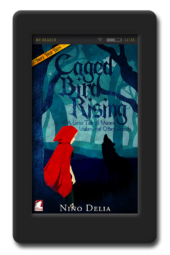 Product added! Add to wishlist
The product is already in the wishlist! Add to wishlist
Caged Bird Rising. A Grim Tale of Women, Wolves, and other Beasts (Twice Told Tales. Lesbian Retellings – Book #1) by Nino Delia
Rated 3.50 out of 5
$7.99 / E-BOOK 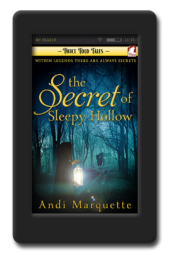