There’s something undeniably engaging about age-gap romances. In this article, Ylva author Liz Rain tells us in detail what’s so charming about the trope and what you can expect from a perfect age gap lesbian romance novel. 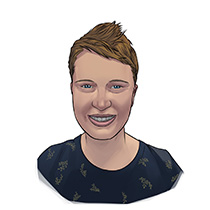 But guess what folks—it’s not impossible and they do get together, and you best believe it’s totally hot and awesome. Women in age-gap romances explode every societal norm and raised eyebrow to be together. And their happily ever after is just the best. Look at real-life age-gap heroines Sarah Paulson and Holland Taylor. Aren’t they just the sweetest damn thing you’ve seen in your whole life?

Is Carol a lesbian Christmas movie? Duh, it’s all in the title

My favourite age-gap story is the movie Carol, based on Patricia Highsmith’s novel The Price of Salt. The book is brilliant but a little too sad for me. Even though Highsmith gave Therese (younger) and Carol (older) a future together—which in 1952 was massively ground-breaking—the way the people in Carol’s life betray her is more a focus in the book than the movie. And life’s too short for that nonsense!

The movie, though, is totally rad. Cate Blanchett as Carol is the picture of class, and Rooney Mara’s wide-eyed ingenue act is sometimes laugh-out-loud funny. There’s a scene where they meet up in a restaurant (and both order stewed spinach for some insane reason? I would be worried about getting a big glob of it stuck in my teeth) and Carol asks in her velvety voice if Therese would like to come to her house to visit sometime. Therese’s immediate “yes!” encapsulates all the enthusiasm the audience could possibly wish for.

Another excellent age-gap story is Ammonite with Kate Winslet as Mary Anning, an actual historical figure who is famous for discovering all kinds of fossils, and whom the tongue twister ‘she sells seashells by the seashore’ is apparently based on.

Anyway, in the movie a young woman called Charlotte played by Saoirse Ronan gets sent to Dorset to cure a case of ‘hysterical sadness’ by going to the beach. Unfortunately, English beaches are horrible, so it doesn’t help.

What does help is the relationship Charlotte forms with curmudgeonly Mary. If having sex with Kate Winslet in a narrow, old-timey bed doesn’t cheer you up, I don’t know what will.

Mary doesn’t have Carol’s class, but what she lacks in polish she makes up for in hard-won expertise in palaeontology.

You can take the gal out of Gallifrey…

The last age-gap story I’ll mention is the one I watched most recently—Doctor Who. If you’re not familiar with this TV show, then I don’t know what to say to you because it’s been on since 1963 so you’ve had plenty of opportunity.

The thirteenth iteration of the Doctor is played by Jodie Whittaker, who I take great delight in watching stomp around the universe in suspenders and army boots (she has other clothes on too, but those are the highlights).

There’s been a slow build of sexual tension between the Doctor and her sidekick, Yaz, a former tough-as-nails police officer whose Northern English accent is completely charming—although it sends my American wife scrambling to switch on the subtitles. In a recent New Year’s special, Yaz confessed her feelings for the Doctor to another character (straight white male, haven’t learnt his name, not sorry ‘bout it).

They just did another fun episode about famous historical pirate Madame Ching in which the Doctor confessed her feelings to Yaz, but said they couldn’t be together because dating on the space-time-continuum for immortal Time Lord alien beings is apparently difficult. Oh, did I mention the Doctor is meant to be 1,950 years old? In case you were confused about my headline.

The tension is excellent, but I have a sneaking suspicion we’ll get through Jodie Whittaker’s final episode in September without so much as a kiss for Yaz, in which case I will feel queer-baited and used. Fingers crossed I’m wrong and, in any case, bring on the fanfic!

Those are some of my fave age-gap stories. I’d love it if you’d let me know yours in the comments.

If you are looking for your next Age Gap Lesbian Romance to swoon over, take a look here: 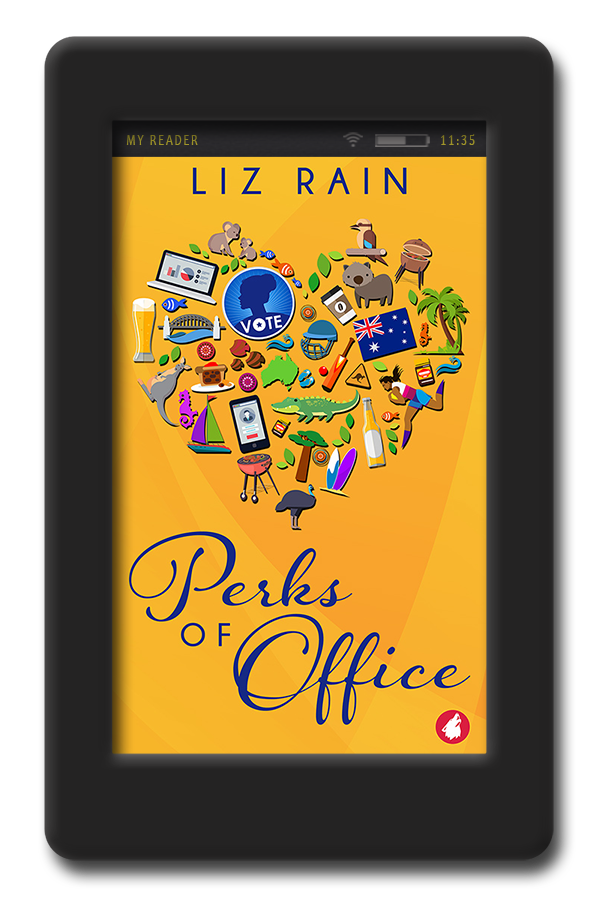 Liz is from sunny Queensland, Australia and grew up doing lots of swimming, cricket and netball. She started a degree in journalism but decided early on she didn’t want to be a journalist because she heard the hours were long and the pay was bad. She couldn’t think of anything else she wanted to study, however, so decided to get the degree anyway.

After that she taught English in Japan, where she joined a soccer team to meet girls. Luckily the captain was a very nice American who is now her wife.

They live quietly in Logan, Queensland, with their two daughters, plus a dog named Pancake and a cat named Carly-Rae. Liz’s interests are women’s Australian Rules football (especially the Brisbane Lions) and teaching herself the mandolin off YouTube.

You can get her light-hearted, age-gap lesbian office romance here: https://www.ylva-publishing.com/product/perks-of-office-by-liz-rain/