Author A.L. Brooks: Forget Tourist London, This Is My London 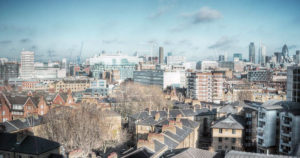 London. One of the greatest cities in the world, and the place I have called home—albeit with a couple of interruptions—for the past twenty-seven years.

It’s a city that conjures up a wealth of adjectives in the thoughts most of the people who live here.

When I’m on the Tube on the way home from my day job, my face mashed into someone’s shoulder—or worse, their armpit—and my lungs breathing in the stale, hot, fetid air that surrounds us down in those tunnels, I wonder just why I’m here.

Then I might have to walk across one of the Thames’ bridges the next day, and I look along that wide ribbon of water to see St. Paul’s Cathedral rising above all the modern office buildings around it, or Tower Bridge gleaming in the sunshine, the Tower of London majestic in its grounds alongside, and a smile breaks out across my face.

This city is beautiful.

I’ve lived, at the last count, in twelve different places in London, at all points of the compass. Every area has its own distinct feel—Ealing is very different from Leyton which is very different from Clapham or Finchley. All of them offer their own histories, and their own blend of nationalities of the people who live there. It’s fascinating to observe and to be a part of.

The writer in me knows there is probably no better place to live for a source of stories, characters, and settings. Take a walk along any central London street and you’ve got it all—historic buildings, narrow alleyways, gleaming glass and metal skyscrapers, shops, cafes, bars. 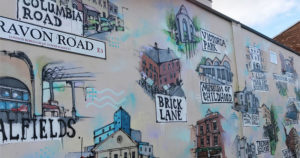 Then there’s the people. People everywhere. All colours, shapes, sizes, abilities. That man, walking with the limp—what’s his story? That woman—are her eyes red from crying? From a cold? That pair arguing on the corner—friends? Sisters?? Warring lesbian lovers?

As I walk, on my way to work, or just out shopping, I find myself observing like this now. Noting little things that people do, or the places they go. Remembering them when I need a new character or location in a story. I set my first two books in places other than London because somehow London seemed too obvious a choice. Too easy. I’ve changed my mind about that this year. London is not easy. Not long by a long shot. And it’s such a rich source of material, I’d be a fool not to use it.

So now I’m dredging my own memories of those twelve places I’ve lived and bringing them into my writing. And I’m infusing them with new knowledge of this city, new experiences I’ve had in more recent times here. I’m not writing travel guides; you won’t find lavish descriptions of Buckingham Palace or the Houses of Parliament in my books.

Sneaking my life onto the page 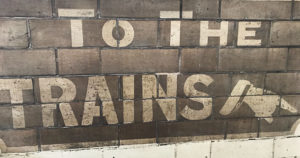 You will, however, hear little snippets of what it’s like to commute in London. What it’s like to live in a converted Victorian house that’s been split into a jumble of flats. What it’s like to battle in annoyance around the throngs of tourists in Covent Garden because you’re late to meet your mate for a pint in that pub you know on Long Acre. Real London, not tourist London.

It’s things like this that keep me here, sometimes against my better judgment. This place sucks you in, and rarely lets go once it’s got it’s claws in you. I’ve railed against life here so many times over the last twenty-seven years, yet here I still am.

Still wedging myself into the corner of a Tube train, my Kindle pressed up against my nose, trying hard not to breathe in the overpowering cologne of the puffed up city boy next to me.

Still gazing in awe out of a plane window any time I fly back into Heathrow, the carpet of London laid out before my eyes, the boundaries of it blurred in the far distance.

Still experiencing that sadness and disbelief at every knife murder, hate crime, and hit-and-run reported on the BBC London news.

Still getting that buzz whenever I walk down Old Compton Street and see all the gay bars, their patrons spilling out onto the street on a warm summer night.

Because this, all of this and so much more, is my London. 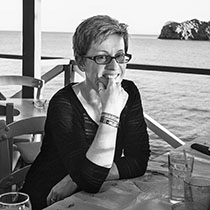 Ylva author A.L. Brooks, author of books such as Miles Apart and Dark Horse, resides in London, although over the years she has lived in places as far afield as Aberdeen and Australia. She works in corporate financial systems. When not writing, she likes doing a bit of Latin dancing, cooking, travelling, reading lesbian fiction, and listening to mellow jazz. Her next book, Up On The Roof, is out next March.

We’re declaring October 2017 UK Lesfic Month, which means all of our lesbian fiction by UK authors will be discounted. You can also bag yourself a UK Lesfic Month book bargain here.