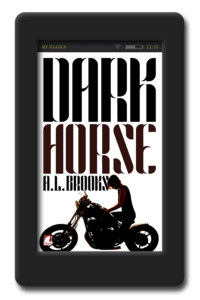 When facing her demons in the hometown that once exiled her, cool, butch, biker Sadie meets the most perfect opposite—a pretty, loving, bisexual hotel desk clerk who warms all the places in her heart she didn’t know she had. A hot, butch/femme, opposites-attract, lesbian holiday romance.

Sometimes, going back is the only way forward. Punished for a crime she did not commit, Sadie is sent away to live with her grandmother in Sydney, Australia.

Now, several years later, Sadie’s an aloof, lone wolf, café-manager who loves only her best friend, her gran, and her motorbike. Returning home to see her dying mother, she’s forced to face her past.

In the midst of family turmoil, she connects with the most unlikely of people. Holly, a beautiful hotel desk clerk, is Sadie’s polar opposite and a beacon of warmth and light amidst Sadie’s darkness.

It’s a lot to take in. Between Sadie’s growing love and those old family lies, can she build a new, bright future with Holly?