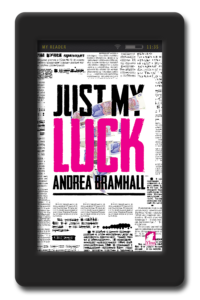 Just My Luck by Andrea Bramhall

After being stuck in a dead-end job, Genna Collins wins the biggest Euromillions jackpot on record. Everything changes…and not all for the best, in this down-to-earth, friends-to-lovers, lesbian romantic comedy.

When Abi Kitson fell in love she always knew it would be unrequited. The woman of her dreams, Genna, was so close yet seemingly untouchable for so many reasons.

There’s the fact they’re best friends, plus the big age gap, the fact Genna already has a girlfriend, and that Abi has a few issues of her own as a single mother to a daughter with a disability.

But when so many of those reasons crumble to dust, it seems luck just still isn’t on Abi’s side.

Her beautiful, larger-than-life friend winning the big one seems like it might be a wonderful stroke of luck for Genna. But is it?
What if money really can’t buy you everything you want? What if happiness is right in front of them? It’s a learning curve for them both…not to mention a huge risk. They just have to reach out—if they dare.

10 reviews for Just My Luck by Andrea Bramhall 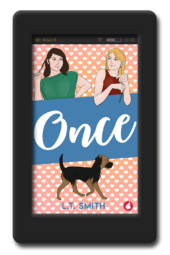