Author Karen Frost on why YA fiction might just be the perfect genre for you.

Show me the romance

It is a truth universally acknowledged that in publishing, romance is where the money is. Readers across time and space love a good romance, whether it’s a classic like “Romeo and Juliet” or something a little naughtier in the “Fifty Shades of Grey” vein. Whatever the setting, whether it’s a tennis club, a Hollywood film set, or a hospital, readers know that love is in the air…and love will win the day. Romance readers thrill to familiar tropes such as soulmates, enemies to lovers, and love triangles because they know whatever the challenges, all roads lead to a happy ending. These comfortable, emotionally fulfilling stories will warm like an oversized sweater and a hot tea on a chilly night. How popular is the romance genre? In 2008, 29% of Americans over the age of 13 read at least one romance novel during the year.

By the numbers, most romance readers are women aged 31–49 who are actively in a romantic relationship. They know exactly what they want and where to find it. But adult romance isn’t the only genre that makes use of romantic tropes and happy endings.

Longtime romance aficionados might be surprised to learn that Young Adult (YA) books across almost all genres incorporate these same themes. YA fantasy, for example, which spans everything from vampires to orcs to witches to angels to knights, takes these tropes and wraps them in such a colorful, imaginative wrapping paper that it’s easy to miss them. But peel back the cover and it’s the same love stories. 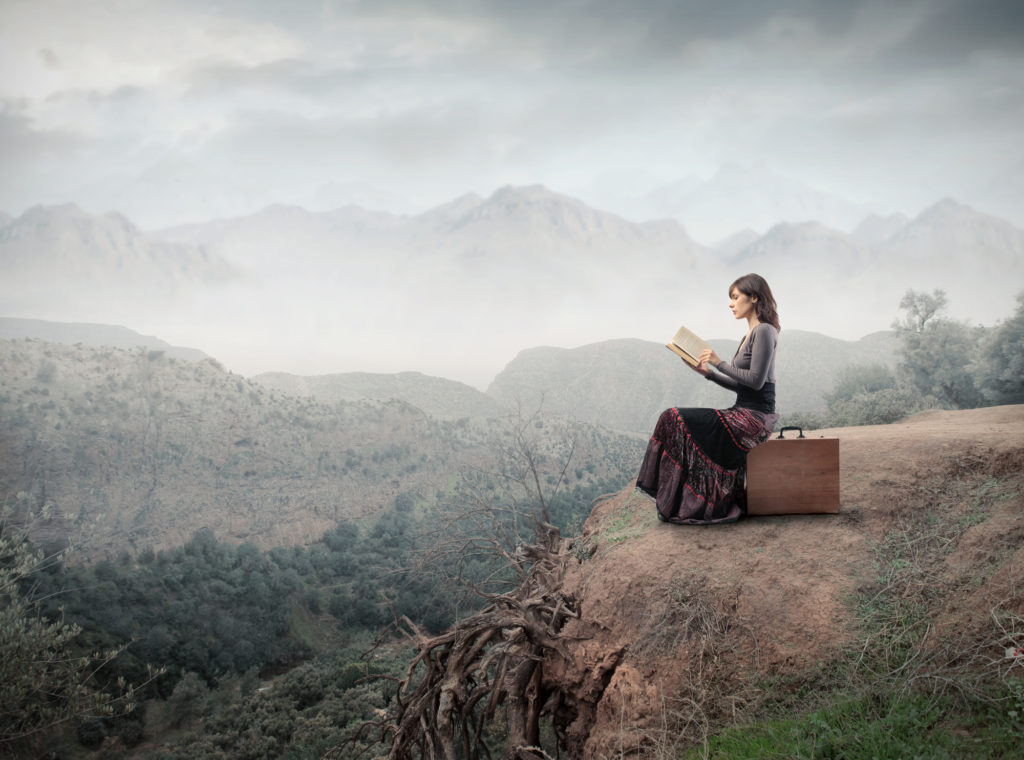 Not just YA fiction, but YA fantasy…

In many ways, fantasy is a literary peacock and the pages of a book its brilliant feathering. Books in the high fantasy genre, for example, are often judged on the quality of their “world building”—how well the authors have dazzled and beguiled readers with their imaginative renderings of invented worlds (sometimes to the extent that it alienates any but the most hardcore fans. There’s a reason not everyone loves the dense, verbose Tolkien). In the YA subgenre of fantasy, a stirring plot and imaginative world building are paired with a necessary third element: romance. This is because the emotionally vivid lives of teenagers are necessarily entwined with love even in fantastical imaginary lands. Who doesn’t remember being a teenager with a crush? And in fact, first love is an almost mandatory trope for all YA fantasy fiction. Readers relive through teenage protagonists the experience of falling in love for the first time: the shiver of anticipation, the breathless nervousness, and the thrilling first kiss.

While first love is commonly the primary romantic trope for YA fantasy, it’s not the only one. Here are just a few examples of how YA fantasy has interwoven romantic tropes with fantastical elements to put a different and exhilarating spin on them. In the “Beautiful Creatures” paranormal fantasy series, a mortal high school boy must fight through hell and more to save his soulmate, a cursed, half-dark, half-light witch. In “Carve the Mark” (technically sci-fi, but it feels more fantasy), the deadly sister of a despotic king and the kidnapped slave fated to serve her family go from enemies to lovers as they fight against her brother’s tyranny. My own books, “Daughter of Fire: Conspiracy of the Dark” and “Daughter of Fire: The Darkness Rising” set up a high fantasy love triangle (or perhaps a square?) between a war mage, a healing mage, and a healer—with an eventual knight thrown in for good measure—in the middle of a war-torn kingdom full of magic.

YA fiction is not only for teens

In YA fantasy novels, the primary conflict is almost always an apocalyptic threat that challenges the foundations of the nation or the world and must be stopped by the protagonist (like Harry Potter’s struggle against Voldemort and his allies). Romantic arcs are emotionally satisfying subplots. The delicate tension between trying to provide both romance and action in YA fantasy is how in the queer Reign of the Fallen series, ((SPOILER ALERT)) we find a necromancer grieving the death of her soulmate while fighting off a swarm of the undead and going from friends to lovers with his sister.

Despite its name, YA fiction isn’t only for teenagers, nor do teens even form its largest audience. A 2012 study found that 55% of YA readers are over the age of 18. And 78% of the adults who bought “Harry Potter” books indicated that even if they bought it for someone else, they intended to read it themselves. Why are so many adults reading YA content? Because it’s good. It’s normally well-written and compelling (it has to be to keep the attention of easily distracted teenagers). It’s imaginative and emotional and at the end of the day, good triumphs over evil and readers can feel good about themselves. Similar to regular romance novels.

Of course, the fantasy genre isn’t for everyone, just as the romance genre isn’t for everyone. But for romance fans with a vivid imagination and an interest in action, YA fantasy is much more of a blend of romance and fantasy than most adult fantasy books, making it the perfect gateway into the genre. And it’s fast paced to keep readers engaged, too! (Although there’s definitely less sex. Lots less.)

Historically, queer women have been underrepresented in YA fantasy, but in the last two years, there’s been a dramatic uptick in the number of books released by mainstream publishers, independent publishers, and through self-publication with queer female protagonists. There’s been literally no better time than today to start reading about queer princesses, mages, knights, and sea monster trainers. A list of books specifically catering to the high fantasy subgenre can be found on my website here, and a list of all LGBT YA fantasy can be found at LGBTQ reads here. Happy reading!

Karen Frost is an armchair pop culture pundit and blogger whose articles have been spread internationally by actresses, production companies, directors, and news outlets. She loves YA high fantasy and wants to introduce more lady knights and mages in the literary world, particularly if they’re LGBT. She lives just outside of Washington, D.C, but has an active imaginary life in which she lives in a cabana on a beach instead. Find her YA fantasy books here.