Snow On Vesuvius: What I Love About Lesbian Ice Queens

She was a nun.

She was also tall, stern, brilliant, noble, and above all else–cold. At least, on the surface. But as my twelve-year-old self continued to watch Rosalind Russell’s incredible performance as Mother Superior in The Trouble With Angels, all I could do was lament that she was also fictional. Sure, she had a sharp tongue; sure, she would scare me to death in real life. But on the screen, she was compulsively compelling as the ice queen who cut Catholic schoolgirls down to size.

Any fan of ice queens knows that what makes an ice queen irresistible is when she finally reaches melting point. It’s no good if we don’t see the vulnerable side, the side that makes her human. Russell’s Mother Superior weeps when a close friend and fellow nun dies; that was the moment I fell hard and fast, and watched the movie roughly eight billion times over the next ten seconds. Well, maybe not quite at that rate; I’m rounding down.

Ice queens have been my addiction ever since. And if you’re reading this, chances are, they’re your habit too.

What is it about ice queens that makes them so enduringly popular? Why do they play so well in age gap romances? Why do they hit a soft spot in us that other, kinder, gentler characters might not?

I have a few theories.

The icier the queen, the hotter the fire beneath

You know what’s deceptive about a snow-covered volcano? The snow part. It indicates that the volcano’s been lying dormant for a long time, its power and fire banked, giving the false impression that there’s no heat. Which is why it’s so shocking when a frozen volcano blows its top and you get lava all over the place. Terrifying, but you can’t deny the effect is spectacular.

Fictional ice queens are the same. The colder and more closed-off they seem, the hotter they’re guaranteed to be beneath that frozen surface. They’re full of pent-up passion that’s just dying to break free. They’re hiding flame and fury after years of repressing their true selves in order to be the sort of woman they think they ought to be. The thicker the layer of snow, the more overwhelming the eruption will be when it finally occurs.

Although this isn’t always the case, ice queens often fall on the older end of the romance spectrum, and are frequently paired with younger characters. (Age-gap romance: hello, Roslyn’s ultimate weakness.) They’ve gone for years without allowing themselves to feel anything, or even want anything beyond a surface goal like professional success, or having the perfect family, or dominating the local social scene. One thing they all have in common is the race to the top and the lust to conquer whoever is foolish enough to stand in their way. 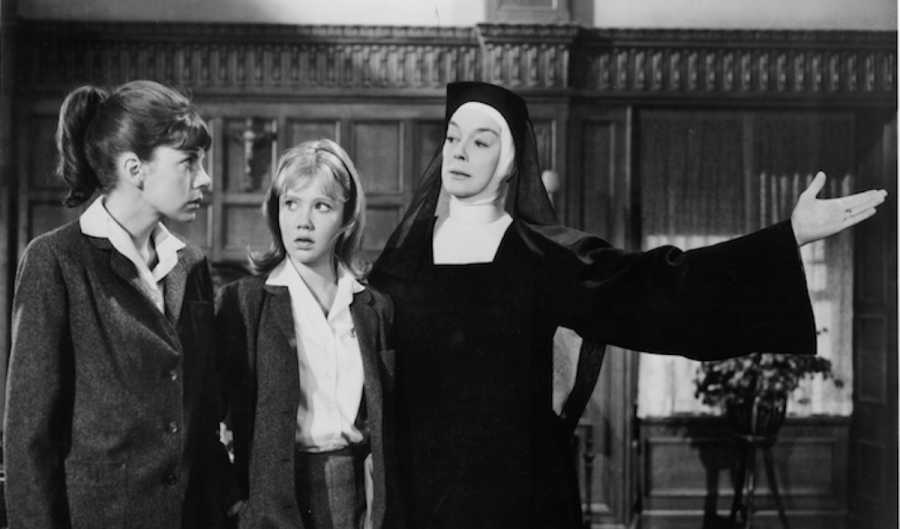 Not to say these goals aren’t worth having, but ice queens have a trick of using those goals in place of loving themselves. The women who seem to have it all together on the surface are often falling apart inside. This is how I think of them when I write them: “They can’t find inner peace until they pick up the inner pieces.”

The “picking up” process inevitably starts when the ice queen meets the right woman, the woman who is so patently perfect for her that the reader is shrieking for them to kiss by page three. The ice queen finds what she’s been missing: someone who sees her for who she truly is, and who loves that person–a person who has been neglected all too long, especially by the ice queen herself. This is the important takeaway: love does not “fix” an ice queen (or anyone else!). Rather, love inspires the ice queen to take down her walls and embrace life–along with the gorgeous woman who gave her the first push down this path.

Not every older female character is an ice queen, and not every ice queen is an older female character. Ice queens are, however, always stuck in a rut. And this is what’s so damn inspiring about them: they show us that it’s never too late to open your heart, change your ways, reach for happiness, and–yes–find true love.

The ice queen serves as an example to all of us of how we can grow and change, but let’s face it: we also want to be the ones to melt her. The ice queen is a challenge, a woman of incredible accomplishments and hidden depths, someone truly special. If we’ve got a sympathetic heroine who falls head-over-heels for a domineering doyenne, then we know she’s got her work cut out for her. If we really like this heroine, if we truly feel she’s right for the ice queen (and that the ice queen deserves her love), then we want to see her succeed. We want the haughty, arrogant ice queen to see how special a down-to-earth, good natured gal can be.

And in the end, we want to see them complement each other. How can the heroine humanize the ice queen? Can the ice queen inspire the heroine to succeed in life? And how are they stronger together than they were before they first looked into each other’s eyes at the big gala/law office/crime scene/operating table?

With a little luck, you can find an ice queen anywhere. With better luck, you can find her perfect partner, and see them shake off the frost and head toward happily ever after, hand-in-hand. And then you can put the book down, sigh with joy, and reach for the next one, ready to start the journey all over again.

As far as habits go, it’s not one I ever plan on breaking.

Roslyn Sinclair is a writer and teacher currently living in Georgia. Though a Southern girl, she’s found writing inspiration everywhere from Kansas City to Beijing. First thing in the morning, before she goes off to prep lesson plans, you can find her writing her books in longhand at her kitchen table. Her debut novel, The Lily and the Crown is available through Ylva Publishing. Her second novel, The X-Ingredient will be out later this year.