Ah, second novel syndrome… It takes an incredible amount of luck and hard work to get one book published, and there’s a learning curve so steep that Lindsay Vonn could ski down it, but surely the comfort there is that it can never be quite so daunting again? It should follow then, that if an author gets the chance to do it all again, it can only be easier each time?

That was what I thought, right up until I met a tricky little prospect known as ‘the second novel’. Instead of breaking into a run after having just learned to walk, I found myself in a strange new world. One where I didn’t have two years of notes and discussions to draw on, and where the characters were still new and unformed.

The first novel had a community, the second novel had…me.

The Music and the Mirror started off as fanfic after all, which meant it had a lot of structure to borrow from and transform. It also gave me as the writer a built-in group of writers and beta readers to bounce ideas off.

When it came time to start on my second novel, Major Surgery, I had two clear things in mind: that I wanted to show the world how magnificent the NHS is as a humanitarian achievement, and that I wanted to write a relationship between two relative equals, just two brilliant women approaching the same goals with very different methods, and clashing at every turn. That left a lot of world-building to do, as you can probably tell! Now, that turned out to be tremendous fun, but there was one more complication. 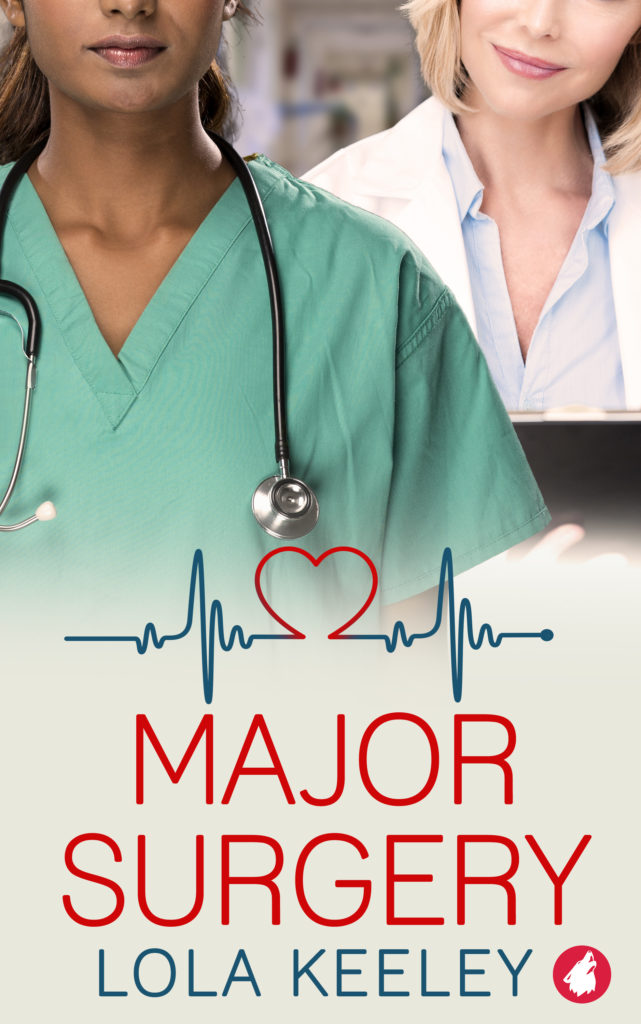 I have all the time in the world…right?

When you’re merrily writing a story for the love of it, with no publisher or contracts in sight, there’s one very important thing missing: a deadline. This means on the days when you’d rather do something else, you can pretty much peace out on writing. Sometimes there’s a crucial football match on, others you decide to go meet some friends for drinks at the last minute. If the page stays blank another day, well no big deal, right?

Then comes the second novel, with a shorter timeframe and twice as much still to do. Let me tell you, this is when you find out if you really want to be a writer or not. It’s when you find out what bad habits really have to go, what time-wasting antics need to become a thing of the past. And the good news? Somewhere along the way, you have gotten better at the process.

It’s so easy to limit ourselves, to find a pigeonhole and settle down in there, not daring or pushing into anything different or new. It makes the blank page much less scary, and knowing I’m capable of not just one book, but two, has made it infinitely easier to get through the third. Again, I’ve made some big changes and departures from both The Music and the Mirror and Major Surgery, and I’m really excited to see how it turns out now that it’s off to the editor.

Like any syndrome, this one around second novels can be overcome. More importantly, getting through that process taught me so much about writing and about how I want to manage that part of my life. Now there’s just one new frontier to face, and I confess I’m still a little nervous.

That’s right: the reviews. People can be kinder to debut authors, or certainly except less from them. Giving a second book to the world invites comparisons, and it’s only to be expected that those won’t always be favorable. By the same token, the people who didn’t care much for ballet and age gap romances might well find something to like in this very different setup. As always, all you can do as an author is set the book free in the world and hope for the best.

Above all, the second novel proves that the first was not just a fluke or an accident. It says keep going, let the ideas come, and enjoy the process wherever you can. Which, when you think about it, is pretty good advice to get.

Lola Keeley is a writer and coder. After moving to London to pursue her love of theatre, she later wound up living every five-year-old’s dream of being a train driver on the London Underground. She has since emerged, blinking into the sunlight, to find herself writing books. She now lives in Edinburgh, Scotland, with her wife and three cats. Find out more about her second novel here.