5 Reasons Why Lesbian Fiction Is Awesome

Of course, we’re all for lesbian fiction here at Ylva Publishing. Plus, we also get annoyed at critics who claim that there is something cheap about a genre we adore so much that we built a business on it. I’m sure you have heard people say that lesbian fiction is low quality or that it carries a faint whiff of clandestine meetings in shady rooms. As with all prejudice, the bad reputation of lesbian books doesn’t make any sense.

So, here we are to make a statement and praise the queer female storytelling tradition of lesbian romance novels, as well as the other genres. But not only that – we also supply you with some arguments for the next time a sniffy woman wearing a labrys chain informs you that they just like their reading to be better than that.

Lesbian Romance Readers Are Not Lonely People With Bad Taste 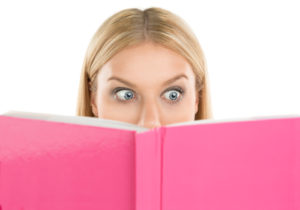 The Huffington Post published a really good article on this from the straight point of view. It’s funny how easily the stereotype of the romance reader can be refuted by facts. Where do those stereotypes come from anyway? Well, there’s a general historical trend to devalue things that are favored by women. This is also what happened to knitting, high heels, and childcare.

Courtesy of 19th century logic, lesbian romance books can’t be good because not only are they liked by women, but they’re often also written by them. The opinion makers of the day were not exactly what you’d call connoisseurs of the genre. We’ll leave arguing the ridiculousness of this one in the much more eloquent hands of Virginia Woolf.

Another thing: Have you ever been asked why you can’t just “leave your lesbian relationship in the bedroom?” There is an annoying and pervasive idea that queer identity must be focused on sex whenever it hasn’t already been pegged as cheap romance.

We all know that sexuality is about so much more than only romance and sex. It touches so many parts of our lives. Case in point: Nobody ever seems to consider that young lesbian books are such a big part of the lesbian fiction genre. Or that coming-out stories provide some of lesfic’s most defining tropes. It’s a major part of who we are and what we want to read about. Mainstream books will never provide the kind of stories we are looking for.

But even our romantic stories differ often from the mainstream hetero ones. We usually don’t get to work off a neat, century-old social script that helps us jump from base to base and ends with 2.3 kids behind a white-picket fence. We’ve got to figure these things out by ourselves. And that leads us to tell new stories. Never mind that one’s writing is usually better if the author was forced to work through her topic consciously. And that leads to the fact that lesbian fiction books aren’t just interesting to lesbian romance readers either, but to everybody who desires something fresh. 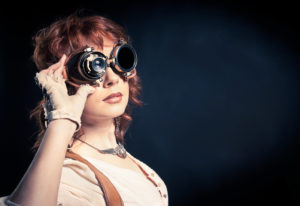 Just as women tell stories differently from men, queer people tell stories differently from straight people. So just the act of writing something from a queer point of view and for a queer audience specifically can give us intensely interesting insights in topics we thought we already knew inside and out. That makes lesbian fiction potentially captivating to straight people looking for fresh perspectives. And it also makes it interesting to queer women all around the world, because literature unites us across countries and cultures. Look at the world from an Indian lesbian’s point of view. Look at it from a Mexican or Nigerian one’s. Diversity rules. Don’t miss out on that stuff.

The 1995, the documentary The Celluloid Closet, on the history of homosexuality in film, still provides one of the best overviews on how fiction influences society. It provides us with options on who to be and how to act. Otherwise we have to make it all up ourselves, which is infinitely harder, even for those of us who’ve had the privilege of a sound education on queer issues.

I remember, for example, what a revelation it was to me to encounter the strong silent lesbian cowboy for the first time in Jae’s historical novel Backwards To Oregon. It’s not that I wouldn’t have been able to picture a lesbian Clint Eastwood type before that – but it had never occurred to me to do so.

That’s another way lesbian fiction, romance or erotica or otherwise, provides us with stories we haven’t seen before. At Ylva, we’ve recently started tackling that very fact by starting a publication series focused on queer superheroes: Jump to our superheroines category to see what we have for you so far.

What do you love about lesbian fiction? Have you ever cured somebody of their prejudice against it? Tell us in the comments below. You might win a toaster oven. A fictional one, of course! 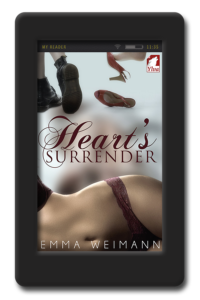 Astrid Ohletz has an education as a library assistant but worked as a secretary for one of the partners of a large, international law firm for more than ten years before she became the CEO of Ylva Publishing. Publishing combines her love of books with her understanding of legal and economic issues. Being able to publish lesbian books where subtext is maintext is a dream come true for her. In her free time, she writes stories under the pseudonym Emma Weimann.