How to Write Comedy—the Pros, Cons and Payoff 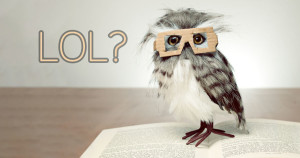 I sat down to write an article on comedy thinking, “Of course I’m going to be funny while doing it” but, alas, it’s never that simple. It’s easy to think that writing jokes is simpler than crafting elaborate plot lines or mapping intricate fantasy worlds. But being funny is more work than you’d expect. Writing comedy is a complex business with the same ups and downs as any other genre of writing and, while comedy done well can be great, there are just as many situations where comedy isn’t applicable.

# Comedy is hard to write

The best comedy is the kind that flows naturally. If you aren’t a person who likes to joke around or if you’re in a bad mood when you write, it will probably be hard to write good jokes, and the only thing more unfunny than no jokes is bad jokes. Comedy is a hit-or-miss business, and you do not want to miss. Readers won’t awkwardly laugh at your bad jokes and pretend you’re funny the way they would if you were speaking to them face to face. They’ll just put down the book.

There are some things that shouldn’t be joked about, no matter how funny you think you are. We’ve all met those people who make Holocaust and rape jokes. Do not be that person. Writing comedy is navigating a minefield of sensitive subjects, and there’s a fine line between witty social commentary and disrespect. You’ll find crowds who appreciate making light of serious issues, but you’ll also run the risk of coming off as insensitive if you treat everything as a joke.

Not everyone will understand your humor. Or like it. Or even catch that it’s supposed to be funny. Comedy is more situational than tragedy. Every individual and culture has their own brand of humor, and it’s impossible to please everyone. This is true for everything—font choice, diction, and characters—but a conflicting sense of what’s funny is just another line on the long list of quirks that can make a reader put down a book. The risk for writing comedy is high, but the reward can be too if you manage to pull it off.

Comedy makes for a quick read. If you’re laughing your way through a novel, you aren’t trudging through it. If I find a book light-hearted and amusing, I’m much more likely to remember it and re-read it. Tragedy can get draining after a while and is best absorbed in small doses. Comedy is much easier to breeze through, and when I find myself incapable of putting down a book, it’s generally because it’s making me cry with laughter, not sadness.

# The bright spot of being funny

Life sucks and sometimes you need a pick-me-up. There’s a reason we watch comedies after scary movies and break-ups. Humor cheers people up, at least momentarily. You could write a book where the dog dies, the mother gets dementia, and the child gets leukemia to tug at your readers’ heart strings, but you could also choose to make people laugh instead. It’s a preference. You might like tragedy, but it’s generally not going to put you in a good mood.

# Say nope to tropes with jokes

In the LGBTQ+ world, comedy can break the cycle of dying lesbians, queer suffering, and tragic coming out stories. The sad stories are heart-wrenching, cathartic, and important, but damn if they aren’t depressing. Sometimes you need to see queer characters happy and laughing. It’s therapeutic. Nothing says “fuck you” to straight writers who kill off LGBTQ+ characters like writing new LGBTQ+ characters who not only survive life, but enjoy it, too.

Shaya Crabtree was born and raised in the Midwestern United States. At age twelve, she began writing and never looked back long enough to put down the pencil. She studied English and Creative Writing at university. Shaya has an affinity for cryptozoology, conspiracy theories, and cooking competitions. She published her debut novel You’re Fired with Ylva.