Fairytales 2.0—damsels out of distress 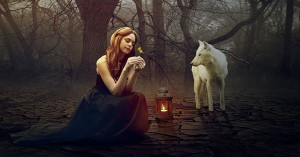 In the end it always boils down to the princess in the tower waiting to be rescued. Either by a prince on his noble steed, a hunter with whetted knives or the king’s son with his weird shoe fetish. Basically, women in fairytales haven’t had much else to do other than to look pretty, be suitably fearful and live happily ever after with their handsome, fearless but otherwise unfamiliar stranger … sorry, husband. At least that is how it goes in most of the Brothers Grimm’s fairytales. However, especially in recent years there has been a real boom in fairy tale adaptations and new narrations. Most of them even with a new depth in plot and character. In some cases, perhaps you could say finally with some character at all!

New to films like “Snow White and the Huntsman”, “Tangled” or “Maleficent”- feminism is becoming mainstream. Currently this term is leading to heated debates. To some extent the old prejudice regarding feminism being synonymous for the suppression of men and the creation of a matriarchy is being dug up again. This is not and never has been correct. Feminism only means the equality of all sexes. No person being better than the other. And in these new movies it sometimes shows: The princess can take care of herself, she has a mission. Her beauty isn’t in the foreground, but rather her competences as a person. The protagonists in the films mentioned above are not against men per se, their goal is often a life of freedom (Show White), bodily autonomy (Rapunzel in “Tangled”), or simply not to go to the ball in glass slippers.

But what qualifies fairytales so well to be newly interpreted, in feministic ways?

I think in fairytales there is an extreme non-characterization, meaning that the characters are flat and interchangeable. In most cases, their only features are beauty and perhaps pureness of heart – or cruelty if it is the female antagonist. Therefore, there is much room for redefinition. The most well-known or widely read tales are those where the girls are enslaved and the antagonist is a cruel woman who is after the girl’s life. 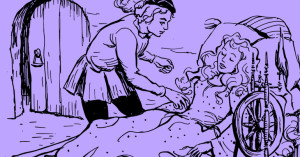 Let’s take “Sleeping Beauty”. Originally, one of thirteen fairies is cheated of her invitation to the Christening.

Understandably enough she doesn’t wish the plague on the host, but dooms his new born daughter to a cruel death. This irrational reaction doesn’t throw a good light on the sorceress as a woman. What’s more, the other fairies also don’t seem very profound with regards to their own gender. They gift the child with everything the perfect wife should have: virtue, wealth and beauty. Intelligence? Overrated. Wit? Well, there won’t be anything to laugh about anyway. At least the ability to read and write? She is so beautiful, there will be some man to read to her should the need ever arise – which will probably never be the case. Of course this is fairytale logic, because none of the characters in this book act rationally: the last fairy changes the curse of death to a deep sleep for a hundred years – a coma instead of instant death; her parents desert the girl on the exact day the curse is due to take effect; nobody tells the girl anything – in order that she might not participate in her own ruin. So Sleeping Beauty is a poor child who has to be saved from everything from the day she is born. In the end by a foolhardy prince who awakens her from her one-hundred years of solitude and to whom she is married without further ado, right after she wakes up.

Especially younger girls and women seem to respond well to fairytales, maybe not least because Disney takes the stories and makes them into colorful movies. If we think about “Cinderella” or “Snow White”, Disney didn’t really contribute much to feminism – but change has come. Female role models are being modernized by Disney – and not only the beautiful princesses but also the evil witches.

Maleficent, Sleeping Beauty’s evil fairy, finally has a reason to be angry – and what a reason! Her nemesis was actually her confidant, but he breaks her heart, betrays his childhood friend and wants to destroy her home. Okay, one could say, those sound like typical reasons for female revenge. But, seriously, even two hundred years ago she would have forgiven that man everything and come live in his castle, only to be heartbroken but at least close to her only true love. In the original story not being invited to the Christening was the reason for the fairy’s revenge, but “Maleficent” tells the backstory, the character now has a distinct and legitimate motive for revenge. 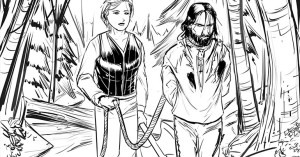 Though the character of Maleficent has been given some good depth, not everything in this movie sits well.

Men are not equal to women: the king is an egocentric coward, the prince a spineless beau (which obviously represents the reversal of the beautiful, dull princess) and Diaval might be intelligent and helpful but primarily he is a raven. Even Sleeping Beauty, herself hasn’t changed that much from the original book. She remains the lovely, sweet child that has to be saved.

The movie isn’t perfect in what it tells us about feminism as equality between gender, but it is a step in the right direction, because people understand now that female characters in fairytales have to be deeper and explored more. Those new adaptations seem to offer a correction of the shameful picture of women in the original tales. Today those tales no longer convey how a woman should behave or act. I would say essentially it doesn’t matter. The main point is that she does her own thing, not in a ruthless way, but with regard for herself. And whether she does that in tight leather pants or glass slippers shouldn’t matter at all.

Nino Delia is author of our feminist fairytale “Caged Bird Rising“. She likes word games, dark stories, and biting humor, and she sympathizes mostly with the underdog instead of the shining hero.