Scotland the Grave—Living on the darker side of life 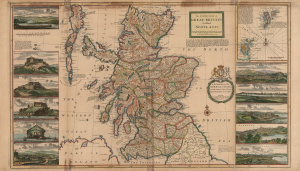 There’s a story to be heard on every corner and every bar in Scotland, but why, we ask, are they normally of the dark and murderous variety? I moved here seven years ago and have been a tourist ever since. This country inspired my first novel and continues to throw new stories my way as I travel its beautiful lands. So why does Scotland set the perfect scene for crime, mystery and suspense? And why do we love it so much?

Whether you’re climbing the hills of the Scottish Highlands, with their secret caves, and remote bothies, sailing its dark foreboding lochs in search of monsters, or treading the cobbled medieval city streets and alleys, where ever you go in Scotland you are sure to find two things—History and Mystery!

Did you know under the famous Royal Mile in Edinburgh, there is a warren of 16th Century streets, frozen in time underground? Damp, dark, dusty, and downright creepy, they are shrouded in myth, with tales of ghosts, murders, and the plague. I defy anyone to visit Mary King’s Close and not wonder on the darker side of its history. I certainly wasn’t imagining family dinners around the kitchen table…

I’ve walked battlefields, roamed castle after castle, stood atop forts and mountains, wild camped in the Highlands, and drunk beer in pubs with photos on the wall that didn’t require an instagram filter. One even had roots older than America, (The Sheep’s Heid Inn c.1360). It’s impossible to escape the ghosts of Scotland’s past, there are reminders everywhere. As a writer there’s no end of places to inspire.

The Scottish have a scathing sense of humour. This can be misinterpreted as rudeness, and it’s something I’ve had to be careful of when writing in an effort not to exclude readers. We don’t sugar coat things, we tell it how it is. Some might say we go too far, but that doesn’t deter us. Our “banter” basically consists of “taking the piss” out of each other. If someone is doing this to you, it means you are friends. Laugh at yourself and they will like you more for it. We also prefer our heroes flawed, just like us.

Our inappropriate commentary on each other, I think extends to all aspects of Scottish life. No subject is taboo; the darker the better, we reduce it to comedy, remove its power, make a cup of tea, and get over it.

We’re not afraid of a difficult conversation and don’t hide from the realities of life. I work for a trade union as my day job, and so meet new and different folk on a day to day basis. Scotland is a country built by the working class, fiercely proud of their history and culture, and not afraid to stand up against the party line on the big issues.

A colleague of mine, Jennifer, suggested that reading crime fiction is a more palatable way of learning about our social history. She described Denise Mina’s ability to transport us back to the 80’s, where you can practically smell the cigarette smoke in the newspaper room of “Field of Blood”. And Denise isn’t the only one. Read Christopher Brookmyre, and you get a mix of comedy, politics, social comment, and action, all set in a very real and relatable version of our towns and cities. 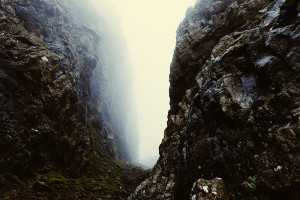 We are afflicted with all four seasons that can be interchangeable, not just every few months, but every few days! Yesterday it was 30°C (86°F), probably our only day of summer, and the trains were cancelled. Today its torrential rain, flash floods, and thunder storms…and the trains are cancelled. It’s dark, cold, and our winters are long. The rain can be relentless. The Scot’s word for this is “dreich”, a miserable word in itself. This is inevitably going to leak through into our consciousness, and help to create our prided cynicism and dark humour.

The Darker side of Life

The dilemmas of the human condition remain the same no matter what period you look at in history. Living in a country soaked in past bloodshed, and steeped in unsolved mysteries, whether reader or writer, Scotland will always intrigue and suck us in.

If you combine all of these reasons, the history and landscape, the miserable weather, our sense of justice and cutting humour; maybe we can start to understand why the darker stories continue to live on in Scotland, more so than the good. And why the medieval streets of Glasgow, the hidden alleys of Edinburgh, the remote islands, and the grey granite of Aberdeen, will always provide inspiration for those of us writing on the murkier side of life.

Originally from Northern Ireland, Wendy Hudson is an Army kid with a book full of old addresses and an indecipherable accent to match. Now settled in Scotland, her free time when not writing is all about wild camping, sailing, skiing, golfing, and drinking beer at as many festivals as possible. She recently published her first novel “Four Steps” with Ylva Publishing.