Why Do the Brits Love Crime Stories So Much? An Attempt 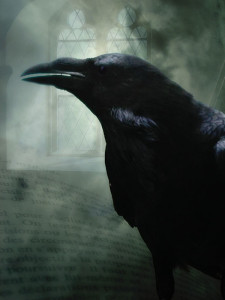 Why do us Brits love crime so much? I mean the genre and not crime as an extracurricular activity. But before I bang on about my love of solving a case from my comfortable station as an armchair detective, let me try to get some kind of perspective in place – meaning, the roots of this kind of novel.

Crime, or the modern detective novel, is considered to have been ‘born’ though the pen of Edgar Allen Poe when his short story The Murders in the Rue Morgue was published in Graham’s Magazine in 1841. And with this birth, the amateur detective – Dupin in this case – came into being. This was the start of something big, something beautiful, something so bloody clever and addictive that it keeps us wanting more murders, more robberies and more mystery and downright dirty deception between our pages and on our screens. With this genre, we, the reader, could no longer be passive – we had to get involved, had to follow those red herrings, had to get our brains working overtime if we wanted to crack the case before the protagonist or, dare I say it, “sleuth” did. And the same applies today – we still love to solve a mystery, the thrill of adrenaline gushing through us accompanied by a growled out “Yes!” coupled with a firm, short fist pump for emphasis of our achievement.

From this point in our literary heritage many writers have attempted to nail the genre, even Dickens gave it a pop with his Inspector Bucket from Bleak House in 1852, but none of which were as successful as the one I will turn my attention to shortly. However, I need to make an aside … something I tend to do when on ramble mode.

As well as the British failing to acknowledge Poe, an “American”, as the father of crime writing, we are still arguing whether The Notting Hill Mystery by Charles Warren Adams (Felix) or Wilkie Collins’ The Moonstone was the first English detective novel – quite a feat considering the former was published in Dickens’ magazine in 1862 and the latter in 1868. Now, I know I’m not brilliant at maths, but even I can work out 1862 comes before 1868 – example: Johnny has 1868 watermelons and Jimmy steals 1862 of them … as well as Jimmy being an exceptionally talented thief with a penchant for nicking large fruity orbs, we can deduce that Johnny only has six watermelons left, and that, in my book, means there is a difference.

And I have forgotten my point. Let’s just say that the first detective story in English is a mystery in itself, and I believe we need the services of the next literary detective to find out the true forerunner of the crime novel as we know it.

For this we need to move forward to 1887 in order to witness the emergence of one of the most famous detectives to grace the page of any book, a character that has never been out of fashion, or out of print. Obviously, this has to be no other than the brilliant Sherlock Holmes whose fabulous tales of deduction – and opium addiction – were narrated by his dutiful sidekick Dr Watson. This fact is elementary, my dear reader (did you like what I did there? Probably no, but hey…). Nevertheless, to labour the topic even more, could this be the point in which the Brits fell in love with crime fiction? And if so, why now?

Upon reflection of what I have previously written in this blog, there is something that really stands out. Up to now they are all men. Male detectives, both literally and literary men, and male criminals – the females, as usual, were in the margins and usually the victims or love interests. 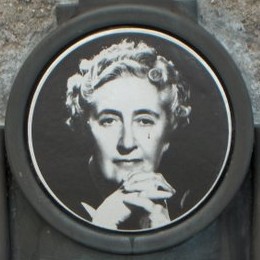 But this was all about to change. In 1920 Agatha Christie hit the literary scene with The Mysterious Affair at Styles introducing to the world a funny little Belgian detective called Hercule Poirot. This was the moment I fell in love with crime. No. I wasn’t alive when this book was first published, but as an eleven-year-old girl I discovered the lure of Christie and her small village or country house murders with the standard “it is someone we know and they are in this room” scenario. She also gave us intelligent crime fighting women – Miss Jane Marple (Jessica Fletcher of the twenties – the one woman you would not invite to your party in case you were either murdered or ended up the culprit) and Prudence Beresford of the Tommy and Tuppence partnership. Christie made way for Dorothy L Sayer, although I doubt Sayer would thank me for saying that. Whose Body (1923) brought us Lord Peter Wimsey, another male posh git but a cracking good detective and a damned good reason for us Brits to continue to love the detective novel.

I could go on, I usually do, but I think it is about time I answered the question: why do the British love crime so much? To be honest, I have no bloody clue. We just do. The genre is still going strong, building from the masters previously cited, and others like Daphne Du Maurier and Patricia Highsmith, to our contemporaries like Kathy Reichs, PD James, Val Mc Dermid, Belinda Bauer, Patricia Cornwall and, of course, the writing goddess herself, Sarah Waters – Fingersmith and The Paying Guests have to get an honorable mention here. I couldn’t live with myself otherwise.

Personally, I love reading crime and detective novels because when I read I love to think, love to work at the plot like a literary winkle, prising out information, identifying those red herrings that attempt to lead me up the garden path, and, more than anything, I love to figure it all out before everyone else. A definite smug face moment.

What is there not to love?

L.T. Smith is a late bloomer when it comes to writing and didn’t begin until 2005 with her first novel Hearts and Flowers Border. In 2016 she published Driving Me Mad. Although she loves to write, L.T. loves to read, too—being an English teacher seems to demand it. Most of her free time is spent with her furry little men—two fluffy balls of trouble who keep her active and her apologies flowing.