The Great British Fascination with Murder 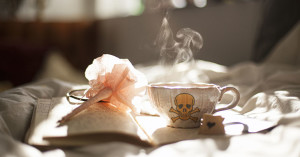 Books, TV shows, documentaries, news broadcasts, popular music…it’s everywhere. Crime drama, mysteries, murders, and detective stories. As a nation we’re hooked on them. Well, I know I am, and looking at the top rated shows on TV, so are you!

As a population does that make us a bunch of morbid, blood thirsty savages, living vicariously through fictitious characters who carry out our innermost desires? Or is it our desire to see the injustices of the world righted in ways that they often aren’t in “real life” that drives this fascination? Do we satisfy the “naughty” side of us and experience that illicit mix of guilt and pleasure at some other poor soul’s misfortune? Or does it satisfy some other need in us all?

I don’t know, but I am genuinely curious. My own interest started as a child studying history. The murder of the two princes in the Tower of London. Jack the Ripper. The hanging of Guy Fawkes. King Henry VII wives—I know they weren’t technically murdered, but let’s face it…they really were!

I love to read, watch murder mysteries, and crime stories while gleefully figuring out who the murderer is as quickly as I can with that mixture of guilt and pleasure. Guilt that I feel no sorrow at all for the bad guys getting their comeuppance (and sometimes the victims deserve it too) and pleasure that A) it’s not me, B) I figured it out, C) figuring out a way I would have done it differently, and D) the good guys always win. Who doesn’t like to see a happy ending?

While we as a nation hoover up the details of a true crime and fictional crime in the newspapers, on TV, or even relax with an undemanding detective novel, it feels like it’s always been a part of the British psyche. Doesn’t it? But in reality, it hasn’t. The idea that murder could provide entertainment is relatively recent and goes back to the 18th century where us common folk (and those less common but won’t admit it) enjoyed attending the public hanging of a criminal.

Capital punishment was attached to so many crimes back then, even quite minor thefts, that the condemned were often seen as desperate, or unlucky, rather than bad per se. And the crowd would often feel sympathy for the person on the gallows. An attitude that spoke of a “there but for the grace of God, go I”, kind of solidarity. This changed in the 19th century. A massive overhaul of British law in 1832 reduced the number of crimes you could swing for. After this legal revolution the death penalty was mandatory for murder and treason only.

No more desperate individuals swung from the hangman’s noose. No. Now only those who deserved it got the death penalty and the solidarity and sympathy of the crowd shifted to more of “an eye for an eye” one. Clearly the evil bastard on the end of the rope was different to them. And the guilt and relief that accompanied he earlier executions shifted to pleasure and gratitude to see the devil getting his just desserts.

The change in attitude and the fervor of the crowd was immense. And the poor sod on the scaffold was seen as truly evil. The crowds hooted and hissed at them. In a fast paced, changing Britain, as the industrial revolution continued at break neck speed, the spectators were often people who had recently left close village communities to move to the crowded and expanding cities. Living in an urban world, among people they didn’t know, for the first time in their lives people felt a new kind of fear. The fear of being murdered by a stranger. Knowing that murderers were met with a swift end made people feel safer…for a while.

Along with the fear, though, came the thrills. At a hanging in those days you could buy a printed sheet of the dying confession from the evil villain on the gallows. Of course this invented ahead of time by a journalist, but it didn’t detract from the thrill of the day. After all, journalists never lie, right? But also in those “newspapers” the crowd would find a song about the murderer. One they could all join in with when the vile creature was sent “on their way”.

It’s easy to dismiss the Victorians as barbarous. I mean, we’d never do something like, would we? Really? How many traffic jams have you sat in caused by people rubber necking across the road at an accident on the other side? I’ve sat in loads and I bet you have too. It’s curiosity, right? It’s just human nature. Check tonight’s TV schedule. I bet someone, on some channel, will still be getting murdered. Maybe more than one.

So, are we a bunch of morbid, blood thirsty savages? Maybe. But at least we’re using fake blood, and plastic dismembered body parts now. Right?

*she says with her eyebrow raised skeptically.

Andrea Bramhall studied music and all things arty at Manchester Metropolitan University, graduating in 2002 with a BA in contemporary arts. When she isn’t busy running a campsite and hostel on the North Norfolk Coast, Andrea can be found hunched over her laptop scribbling down the stories that won’t let her sleep. Just recently she has published her novel “Collide-O-Scope” with Ylva Publishing.