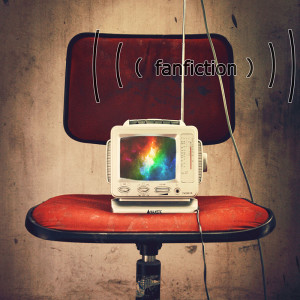 It’s no secret to avid readers that we come to understand ourselves and our world through stories. Fiction changes us. But it also, on some level, must affirm us. If people turn to story for help comprehending our place in the world, and the most popular and canonical stories don’t reflect some of us—people of color, LGBTQ+ people, youth—what then?

Enter fan fiction, an endlessly nimble and accessible genre. Fanfiction attracts a young and largely LGBTQ+ audience. According to the post “The Importance Of Fanfiction For Queer Youth” on a blog called The Establishment, “A 2011 analysis of user profiles on Fanfiction.net found that the average user’s age is around 15, while popular fanfic site Archive of Our Own found in their informal 2013 census (AO3) that the average user’s age is 25. The AO3 census also found that only 38% of respondents identified as heterosexual, and more people identified as genderqueer than as male.”

Fanfiction’s uses extend past seeing ourselves represented in a positive light. Although positive representations of people of color and queer characters are growing in mass media like mainstream TV programs, these populations are still chronically under- and mis-represented. Fanfiction also gives us a platform to vent our rage and work through our grief at some of the poor choices mainstream writers make regarding characters like us. Take, for instance, the senseless death of Lexa on the CW’s post-apocalyptic YA story The 100 (which many end-of-year TV lists are calling the most shocking and tragic death on TV this past year, and which launched important conversations and movements regarding LGBTQ+ representation). Elizabeth Bridges, scholar and author of the blog The Uncanny Valley, details the various types of fanfiction stories that developed in the wake of Lexa’s death, including crossover fanfic between The 100 and Fear the Walking Dead, calling the surge in fanfic “a new form of collective coping that I never imagined possible.”

Fanfiction allows us to read and write ourselves, to reflect our feelings of hope and anger, to imagine better futures. With fanfiction, not only do we have the access to thousands of stories that reflect who we are, who we hope to be, and who we hope to love, we also have the ability to control those stories. Some might consider fanfiction the ultimate evidence of the death of the author—no longer do original writers control their own stories. Another way to look at fanfiction is that it’s the rebirth of the author; fanfic produces hundreds of new writers—amateurs and professionals who tinker with existing characters and worlds both for fun and need. While I’ve never written fanfiction, my foray into writing novels nevertheless began with fanfiction, a long commute, and a precocious high school student.

In 2011, I became an informal mentor to a whip-smart high school student I’ll call AH. She did theater, I did theater, we did theater together. She was openly gay at a Catholic high school, something that never ceases to amaze me when I consider that I was closeted at a public school ten years earlier. We worked at the same summer camp and commuted together, which, in the Bay Area, means I spent at least two hours every day cussing in front of a high school student. Her family life wasn’t always the best, and we’d talk about that. We talked about her going off to college, and girls. And we talked about fanfiction. I’d never heard of fanfiction before AH told me about it. She found it by accident online, and I never asked what search terms led to finding fanfic “by accident.” After starting with the Grey’s Anatomy canon, she moved on to Glee, a canon that appeals to LGBTQ+ high school students in no small part because the stories feature that same demographic. And, inevitably, she also read Xena fanfic.

At the time, we didn’t discuss published lesfic, but I learned later that, after she started reading fanfic, her father took her to Borders and she explored the LGBTQ+ section. There were romance novels, erotica, and short stories. She has a vivid memory of asking if she could buy anything that day, and he surprised her by letting her get three books. She recently told me, “I loved those books. It was nice to see a story you actually related to. Hetero teen romance novels always sat weird with me, so it was nice to have something new.” Some of the first novels she read back then included The Scorpion and No Strings by Gerri Hill, Chasing Love by Ronica Black, and Beautiful Game by Kate Christie.

I remember always being impressed that AH was so well-adjusted with respect to her sexuality, and I suspect that reading LGBTQ+ fiction—both fan and published—had something to do with that. Certainly, if I had discovered these stories when I was her age, my high school experience would have been very different. Even as a twenty-something in a cosmopolitan city, I didn’t know such things existed. It took a precocious, funny, sweet high school girl to introduce me to this world.

I started reading fanfic because I wanted to be able to talk to her about her interests—a strategy that totally backfired since the stories she recommend first were pretty smutty, and no way in hell was that going to be a topic of conversation. Then I did some exploring on my own, found new authors, realized some of these authors published their stories, and started writing my own novels. I’d like to think that I had insights to offer to AH that summer, as someone older and wiser. But really, who mentored whom, when she’s the reason I have this fun and rewarding side career as a lesbian fiction writer? When she’s the one who introduced me to the rich and rewarding world of fanfiction?

So I wanted to say publicly: Thanks, AH. I can’t wait to see what you teach me about this summer!