Easy Nevada and the Pyramid’s Curse by Georgette Kaplan

Book one in The Cushing-Nevada Chronicles

Easy Nevada is a mercenary drawn to the secrets of a dangerous pyramid, with a distractingly cute archaeologist at her side and a religious zealot on their tail. This lesbian romantic-suspense adventure is slow burn, fast action, and high stakes.

Easy Nevada is a fortune hunter with an eye on a pyramid buried for two thousand years. She’ll do anything to get her hands on its untold riches, if she can just get past the deadly traps that protect them.
Candice Cushing is a woman of color archaeologist born in Sudan and raised in Britain, who is drawn to the mysterious pyramid that she sees as a piece of her heritage.
Farouq Al-Jabbar doesn’t see it as either history or treasure. The zealot has come to destroy anything that smells of blasphemy, and anyone who gets in his way.
As the stakes ratchet up amid the burning, shifting sands in this wild adventure, the women fighting for their lives start to wonder if they’re really so different after all…and if that cursed pyramid has been buried for a reason. 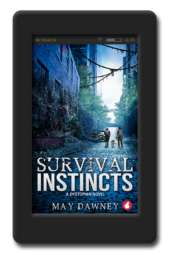 Add to cart
Add to wishlist
Survival Instincts: A Dystopian Novel by May Dawney
Rated 4.71 out of 5
$9.99 / E-BOOK 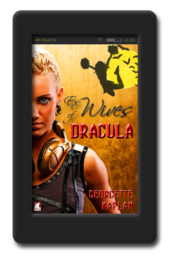 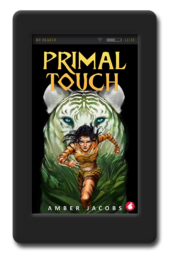 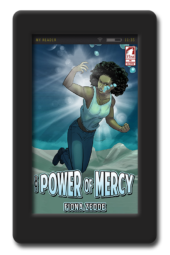 Add to cart
Add to wishlist
The Power of Mercy (The Superheroine Collection) by Fiona Zedde
Rated 4.67 out of 5
$4.99 / E-BOOK