Author Catherine Lundoff’s fab lesbian fantasy Silver Moon is translated into German by Ylva. Here she tackles the burning questions, including that big one: Why menopausal werewolves? 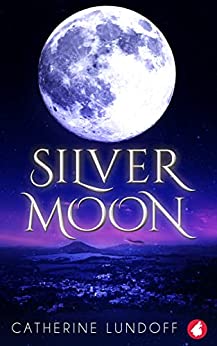 How many women over forty can you name in these genres? And of those, how many are the main characters in a story? Did you run out of fingers yet? I thought so.

Much as I love these genres, they are remarkably light on representation for older women, still less so older queer women and older women of color. Generally speaking, you get your wicked witches, your evil queens, and maybe, if you’re lucky, a wise old female teacher/grandmother.  They’re there to move the story along, but not to take center stage.

Changing the unspoken rules on heroes

I wanted to shake things up and I wanted to see myself and women like me on the page. I was sick of imagining subtext or picturing a life for older female characters after the “real” action had moved on.

Why couldn’t a crone or, hey, a menopausal woman, be the hero? As the saying goes, “they aren’t hot flashes, they’re power surges.” And there is something to that.

Entering middle age can be tremendously freeing in some ways; most women I know get a lot less concerned about what people think of them, for instance.

Western culture tends to dismiss older women because we are no longer considered “beautiful” or socially useful once we can no longer bear children, but that can be a sneaky superpower in its own right.

I love the idea of playing with that in a genre that makes almost anything possible.

An adventure by any other name…

That said, fantasy and science fiction are often written in a way that suggests that, like sharks, if the plot stops moving, everyone dies from lack of oxygen. Quests, space battles, alien invasions, fighting orcs, giant spiders, and more, always in motion, always moving.

But what about inward journeys and stories that move at a calmer, more dignified, pace?

I love me some wild adventures, but I also like reading about a middle-aged woman who gets pulled into a magical landscape when she goes down to her local mall; a starship captain on the brink of retirement who finds herself turning pirate and learns there’s just as much bureaucracy on the wrong side of the law; or an aging female scientist whose story is all about lab work and love as she figures out how to cure a disease that threatens her wife.

Those stories are out there, but they don’t get as much attention as the faster-paced work. There are also some unofficial “rules” about who is too “old” to have adventures. I say the obvious answer is to write ourselves in and broaden the definition of what makes for an adventure!

Shadow Life by Hiromi Goto and Ann Xu is a new graphic novel that stars a 76-year-old bisexual Japanese Canadian woman who has to outwit Death and her family, who want to put her in an assisted-living facility that she doesn’t want to live in.

Dancing Jack by Laurie Marks is a postapocalyptic tale about a middle-aged lesbian with a dark past that she’s trying to leave behind, found family, love, and self-discovery, among other things.

Why not more older women heroes?

I have a vested interest, given that my 60th birthday is looming on the horizon. But beyond that, science fiction, in particular, is the story of our possible futures, so if we’re not there being all queer and mature and badass, we’re not taking our rightful places out there.

It’s important for us to get to see ourselves, but it’s also critical for queer youth to be able to imagine that they can survive and thrive and even grow old. Especially now.

Aging and even death are part of our lives, so if writers can throw in some adventure, chosen family, love, and more, why not do it?

Fantasy and horror are genres that show us the range of what’s possible, while also providing an escape, a way out, even if it’s only temporary. A new perspective on reality could be what saves us all, in the end.

And we need that inspiration too. Older queer women should be in all our stories, dammit, because we’re important and so are our stories!

My first impulse whenever anyone asks this question is to respond with, “Why not?” But it deserves a better answer. I wanted to do something original, to show that women like me (middle-aged, bisexual) could do amazing things and find each other as comrades and lovers and friends, even after they started getting older.

Changing into a werewolf and descriptions of the “symptoms” of menopause mirrored each other so perfectly that I was surprised no one had put them together before: “mood swings,” “unexpected hair growth,” “longer teeth”!

It all began with a novella and now it’s a whole town (Wolf’s Point) protected by a multicultural werewolf pack composed entirely of middle-aged and elderly women who have each other’s backs, fight, fall in love, and develop friendships.

In short, they’re what I would have wanted to grow up to be, if it was an option, and what I want to read when I sit down to devour a fantasy. I hope you feel the same way about them!

* Catherine Lundoff is an award-winning writer and editor from Minneapolis. The German version of Silver Moon is now out.