Author LEE WINTER learned a lot about life from studying Anne Lister in the TV series Gentleman Jack. She shares some fun lessons we might take from the charismatic 19th century landholder and ladies woman. 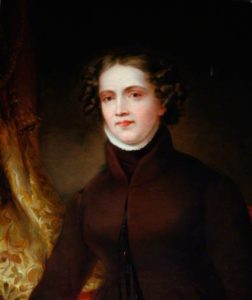 Anne Lister always thumbed her nose at convention, what with the top half of her clobber being of mannish disposition, complete with jacket, vest, and cane. She threw society a bone by wearing long, modest skirts. Anne also adopted a golden fashion rule: if all else fails, wear black. At age twenty-six she declared: “I have entered upon my plan of always wearing black.”

So – try a little fun, a little formality, and never let them think they’ve won.

Anne famously strode everywhere, walking for hours to get things done. Once she reportedly walked 25 miles (40km) in a single outing. It’s hard to argue she wasn’t an intimidating figure blowing into town.

Now, it’s easier said than done following The Lister Workout, so maybe just do the vigorous arm-pumping while sitting at your desk or in the shower. Work up to it.

On that note, Anne also climbed many a steep and perilous mountain, including summiting the highest peaks of the Pyrenees. Yeah, probably don’t do that.

This is a new twist on scissoring and lesbians. A little known fact is that Anne kept an entire collection of lockets containing the pubic hairs of her lovers. No, no, do not do this. Keepsakes are fun, but moderation, people. Pity that keen archivist, years from now, rummaging through your collectibles.

This can be challenging, unless, like Anne, you can afford to own the room—and a hundred more. But it’s all about attitude; confidence. Even when Anne’s dying inside because she’s lost a lady love or been threatened and defamed, not to worry. She will still stride about drawing rooms and royal courts, wordlessly announcing she’s Someone Worth Knowing.

Be someone worth knowing, even if you have to fake it because your ex is considering marrying some pallid, in-bred bloke who wants her for her money. As a hypothetical example, of course.

Be the change you want

Waiting for your luck to change never amounted to much. If you want to know what your life’s going to be like in ten years’ time, change nothing now. Did Anne Lister lie around wondering why women weren’t falling into her bed, or coal seams weren’t opening up their pearls? No, siree. Anne’s pro-active.

If you want that French girl, get off your backside and go study anatomy. (Or whatever the heck she was she was doing over there.)

Don’t play their game, make them play yours

Gaslighting and empty charm never worked on Anne Lister. Why? She came prepared.

Next time you’re negotiating for a pay rise or a coal mine, ignore the distractions and home in on the facts. Know your stuff. Look them in the eye, tell your boss/banker, “I’ve done my sums, I know what I’m worth and what this deal is worth. If you don’t like it, find someone else.”

Also, it helps if you HAVE actually done your sums and know your worth. It’ll help sell it like there’s a camera in the room to wink at.

Be curious about the world around you

Finding time for personal advancement is hard when you’re running coal mines, debating estate divisions, and contemplating correct depths of canal locks. That never stopped Anne. She was an intrepid mountaineer and traveler who threw herself into researching, in exhaustive detail, science, religion, geology, engineering, medicine, landscape design, cultures, and the arts.

Her chaotic and far-reaching studies made her the most interesting person at any dinner party. So great was her intellect that even the conservative Halifax newspaper begrudgingly paid tribute to her fine “mental energy” in her obituary.

Bottom line: Be a person so curious that they’ll honor your mind in death. Explore anything and everything that takes your fancy. (Just maybe don’t start with autopsying babies—even if they were dead first.) 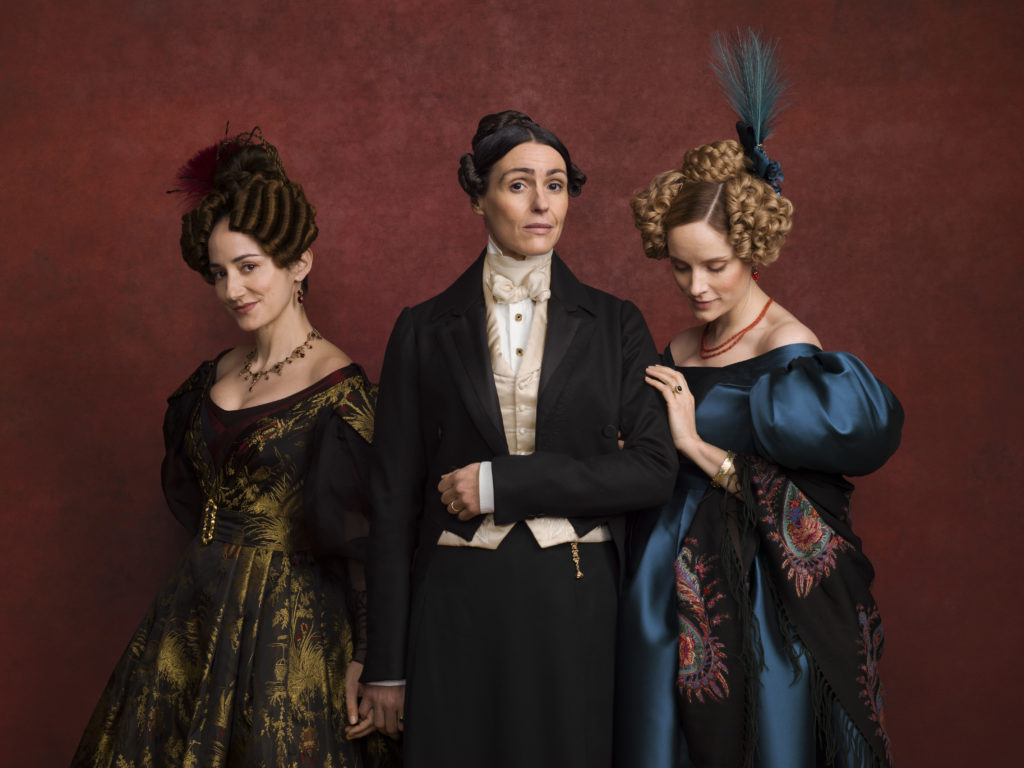 Humor your family – they may come in handy

Family’s so precious, isn’t it? Especially when you have a rabble-rousing sister with ideas about workers’ rights or other ridiculous notions. It’d be so easy for Anne to merely dismiss her co-spawn, Marian, with a wave and a yawn, but does she? Well, sometimes. But not usually.

Anne graciously allows her sister to understand the glory of her inner-workings. To experience the gift of the Anne Lister Vision™. Occasionally, she’d power walk with her sister to town and indulge Marian in discussing…gussets.

Family is important for the supply of magnificent eye rolls to keep one humble. Or, in Anne’s case, humble-ish.

Keep an eye on the temperature

It is highly recommended to have a thermometer as big as you are when you travel. It just is. No, no, don’t argue. It’s NOT ILLEGAL.

Write all the time

Obviously Anne kept a diary. You don’t have to do that any more than you have to notate the number of orgasms your partner has or length of time of sexual congress. That’s seriously detail oriented. But writing in general? Great for an agile mind! And if you happen to write about women in bed with other women, well, see? Now you’re just mainlining the late, great Anne Lister.

* Lee Winter is an ex-journalist turned award-winning author. Her most recent novel, The Awkward Truth, is out now.