Murasaki created her ground-breaking manuscript at a time in Japan when only poetry was revered as important, women’s writings in general were not considered serious, and the world around her had not seen anything like the grand work she was about to create. 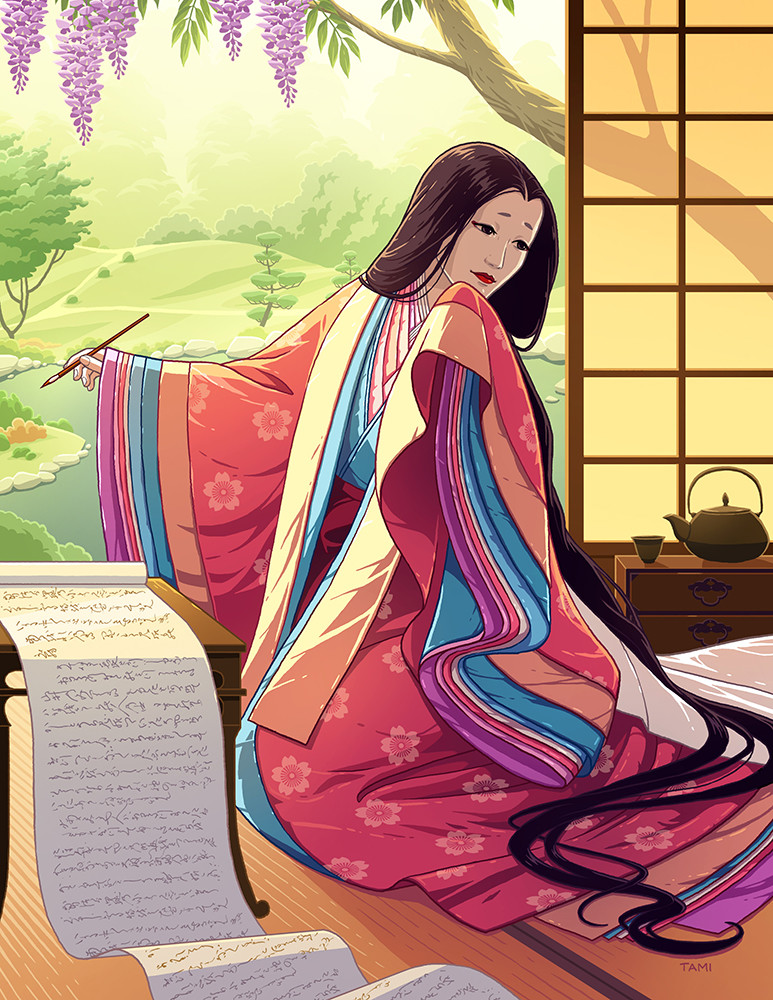 The story begins over a thousand years ago in Heian-kyō, Japan. Born in 978AD, Murasaki Shikibu grew up well-educated thanks to her father, a great scholar who indulged her wider studies—even though learning the classics was seen as strictly a male domain. With Murasaki’s brilliant mind, her father once bemoaned the fact she had not been born a boy.

Staying single far beyond the time when other young women of her status were taking husbands, Murasaki instead focused on writing stories and poems. She’d also begun dabbling in a longer tale about a dashing hero she called Genji.

Murasaki briefly had a husband when she finally consented to marry a several-decades-older distant cousin—after two years of him wooing her by letter. But he abruptly died, leaving her a daughter.

A NEW BEGINNING AT THE ROYAL COURT 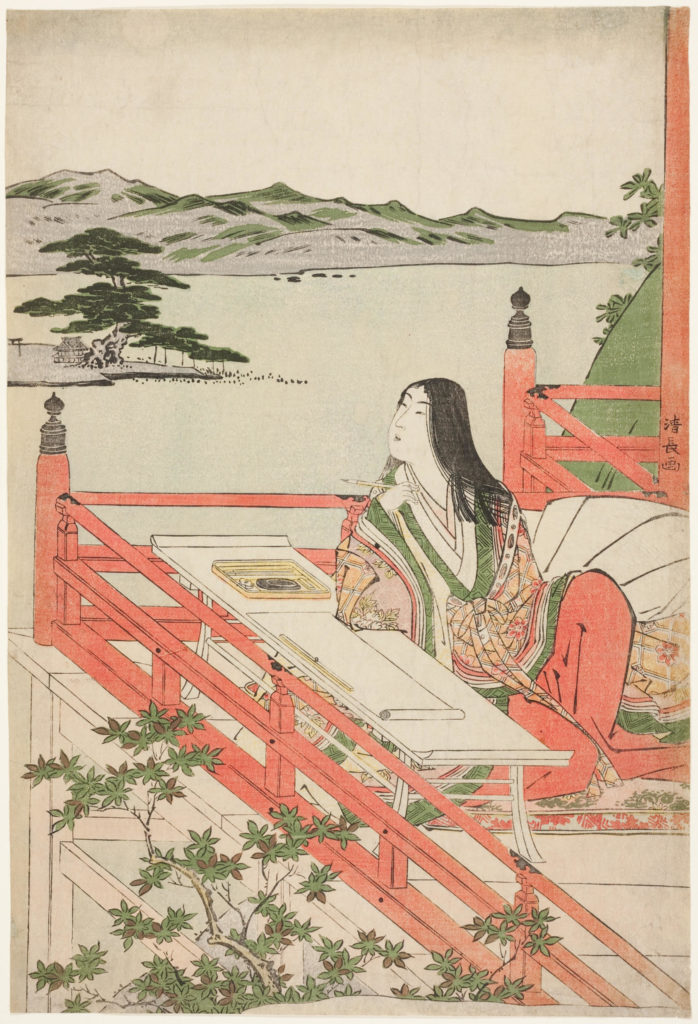 A summons to become a lady-in-waiting at Japan’s Imperial Court soon followed. This threw Murasaki into a new life, immersed in high society. As the Empress Shōshi’s tutor and writer-in-residence, Murasaki taught her ruler the written language of government, Chinese, a skill normally reserved for men at the time.

For writers during Japan’s Heian period, poetry was where all the respect lay. One certainly did not belt out lengthy screeds of prose and expect to be taken seriously. Especially not women writers.

However, Murasaki Shikibu was both talented and astute. She made her main protagonist, Genji, a sensitive, handsome, and passionate courtier, pen some 800 poems throughout the course of her book. It would have been hard for critics to dismiss a manuscript containing so many poems as lacking the wonders of, well, poetry.

But more than that, her manuscript was riveting—a beautifully described snapshot of aristocratic life, from the rituals of courtship, entertainment, fashion, and moral codes of the day. The details were well-observed for insiders, and fascinating for outsiders.

By the time Murasaki Shikibu was finished, Genji Monogatari (The Tale of Genji), was fifty-four chapters long, contained four hundred characters, was full of seduction and exciting insights of court, and had become what is widely acknowledged as the world’s first full-length novel.

It was riotously popular. Within a decade, eagerly hand-copied versions of Murasaki’s work appeared in every province of Japan.

Many believe that after Murasaki Shikibu’s success, she eventually retired to a mansion in Biwa with Empress Shōshi, around 1010. There she died around 1014. Others contend she retired to a convent at age fifty, and died around 2025. Either way, Murasaki left behind an amazing legacy.

Sadly, we don’t know her real name, as Murasaki Shikibu was the nickname given to her at the Imperial Palace, but we are left with 128 of her poems, a three-year, now published diary from her time at court, and a novel that literally changed the world.

Today, Murasaki is the subject of art, statues, and is even on the money. Thanks to Japan’s love for its highly acclaimed cultural icon, her image is on its 2000-yen note.

So, on Book Lovers Day, we salute a legend. Think of Murasaki Shikibu when you are enjoying your next novel!

* Lee Winter is an ex-journalist turned award-winning author. Her upcoming novel, The Awkward Truth, is out on November 24.