Tara Scott On Bisexuality, Books, and Being Married to a Man

When Ylva asked me if I’d do a guest blog for Pride month talking about my experiences as a bisexual woman, I was thrilled they’d thought of me. It only took half a second before I knew I couldn’t talk about my bisexuality without also talking about how pivotal lesfic or f/f books have been in my journey.

So closeted, even I didn’t know I was queer

I grew up in a conservative Evangelical Christian home where bisexuality and queerness in general wasn’t an option. It was something other people did—definitely not me or any of the people around me. Besides, I was attracted to enough boys that I could ignore the feeling in my stomach when I saw an attractive girl or woman. And because it was the 90s and I was growing up in the purity culture movement, I wasn’t allowed to have sexual thoughts about anyone anyway, regardless of their gender. Instead, I was supposed to focus on holiness and nothing else.

Fast forward almost fifteen years and a funny thing happened when I was pregnant with my oldest. I discovered lesbian romance, thanks to this Jezebel listicle. I devoured every book on it except the last two, starting with And Playing the Role of Herself by K.E. Lane. Then I kept reading and soon I found I was only reading f/f romance and wasn’t picking up m/f romances anymore, even by beloved authors. Finally, my husband sat me down and said the one thing I never knew I needed to hear: “Do you think you might be bisexual? Because if you are, it’s okay, and you won’t go to hell.”

I might have been lonely, but at least had my books

That conversation with Neil kicked off one of the most important times of my life. I could finally acknowledge—even just to myself at first—that yes, I am bisexual. I’m attracted to more than one gender, I always have been, and there’s a damn good chance I always will be. Accepting my bisexuality was liberating and terrifying all at the same time because I had to reevaluate the lenses I’d been using to look at my life and the world around me and I had to learn a whole new relationship with myself.

While it was also a lonely time, because I didn’t really have any other queer people in my life who I could talk to, I did have books. Books by Melissa Brayden, Rebekah Weatherspoon, Jae, Meghan O’Brien, Karin Kallmaker, Gun Brooke, Radclyffe, and so many other amazing authors. I also started following other lesfic readers on Goodreads and some reviewers on Twitter because I wanted to know which books were worth checking out. Everything changed again, thanks to one little tweet. 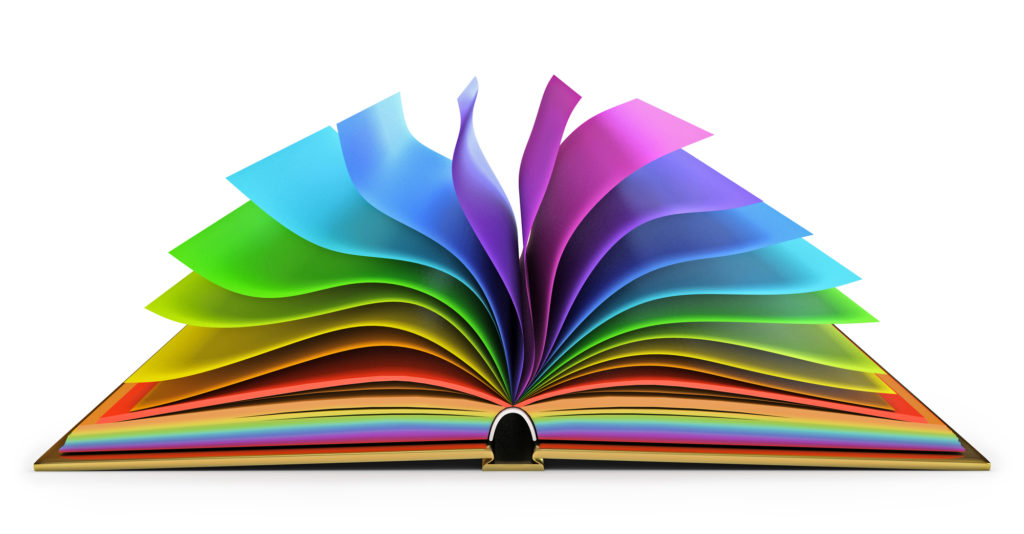 After getting especially excited about a book, I tweeted Sheena Lemos Eberson, founder of The Lesbian Review, to tell her that she should review it. She responded that *I* should review it for the site instead. That one interaction led to me becoming a regular reviewer at TLR three and a half years ago, which led me to find some of my closest friends today—queer women who are as passionate about reading as I am. All of a sudden I wasn’t alone in a sea of straight people anymore and, even better, I had people I could fangirl about books with.

Finding community hasn’t been without its challenges. Occasionally an author or reader has questioned whether I should be reviewing lesfic or allowed in lesfic circles because I’m a bisexual woman married to a man, but I’ve had far more defenders than detractors. I’ve been heartened to see the many authors and readers who put their foot down when they see it (whether directed at me or other bisexual people) and say biphobia isn’t something they’ll stand for.

My happily ever after

In a lot of personal ways, acknowledging, understanding, and accepting my queerness changed everything and nothing all at the same time. Thankfully I was married to the right partner when I was figuring things out, because my husband was 100% supportive of me throughout the whole journey. In fact, he continues to be my biggest champion, including supporting everything I do as a lesfic reviewer and a podcaster. I will always be grateful to him for having the courage to ask me if I’m bisexual, because I might never have been able to do it on my own.

I’m equally grateful to all of the amazing people in our reading and writing community who have also shown me love. Every day you make it clear I’m not alone and my life is better for it. I’m a woman, a wife, a mom, a marketer by trade, a reviewer and podcaster on the side, and underpinning it all, I’m a happy, proud bisexual woman. Thanks for embracing me.

Bio: Tara Scott reads a lot of f/f fiction. You can catch her regularly reviewing at The Lesbian Review and Lambda Literary, with the occasional guest review going up at Smart Bitches Trashy Books. You can also hear Tara talk about lesbian fiction with authors and other reviewers on her podcast Les Do Books. Hit her up for reading recommendations on Twitter (@taramdscott).