Wild Lesbians and Their Animal Companions

Every story is better with animals, right?

All right, I’m biased. I’m a confirmed Crazy Cat Lady, with a spoiled calico princess and an extended family of step-dogs and cats-in-law. Still, I reckon it’s an objective truth: animal companions do improve a story.

Animal companions can bring humour and sweetness to a book, and show us a different side to their human co-stars. They can represent qualities like courage, loyalty, and savagery. And if novels are a product of language and civilisation, animal characters remind us of something deeper, of our own primal selves: raw, unselfconscious, sensuous, honest.

Hot Chicks and Other Animal Companions

When I started writing my first novel, A Curious Woman, I wasn’t sure what was going to happen to my main character, Bess, a rural hipster with silly ideas and a heart of gold, who gets entangled in a murder mystery. But I knew she was going to live in a tiny house and have unusual pets. Initially I thought about giving her a domesticated rescue pig, but that seemed a little unmanageable for both owner and writer. So, Bess ended up with chickens. It was a chance to show her warm, protective side, and to challenge the bad reputation of roosters. Chicken-owners I’d met in real life surprised me with their enthusiasm and pride in their feathered friends, and I wanted to celebrate that.

This got me thinking about some of my favourite novels featuring unconventional women and their four-legged companions. 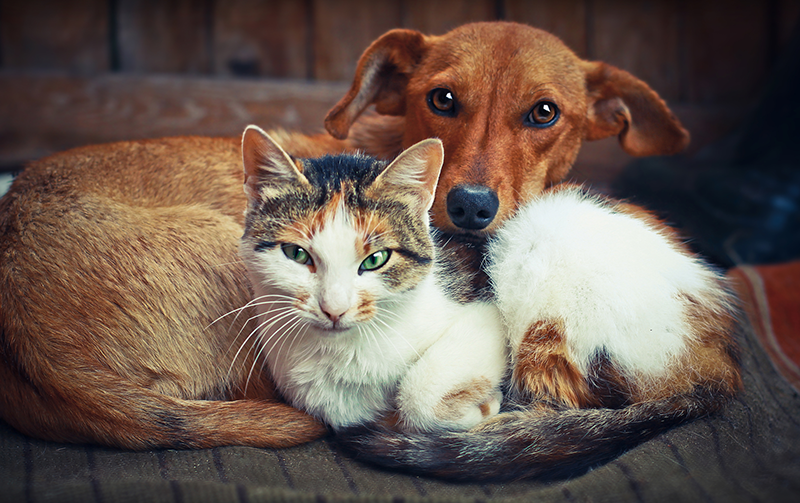 Any reflection on animals in lesbian fiction would have to mention The Well of Loneliness (1928). Radclyffe Hall didn’t just write the first lesbian hero in mainstream fiction; she also put into words what many of us suspected: that living in the country with a million dogs and horses might be nicer than having heterosexual neighbours. Her tragic butch protagonist, Stephen Gordon, doesn’t have much luck with the ladies, but she’s a magnet for fur-kids. Stephen’s empathy with animals shows her decency and authenticity; Hall was out to debunk the idea of lesbianism as ‘unnatural’. But Stephen also connects with beasts because she knows what it’s like to be despised and persecuted. She has a dreadful moment at a fox hunt:

“The thing was dragging its brush in the dust, it was limping, and Stephen sprang to the ground. She held out her hands to the unhappy creature, filled with the will to succour and protect it, but the fox mistrusted her merciful hands, and it crept away into a little coppice. And now in a deathly and awful silence the hounds swept past her, their muzzles to the ground.”

Dogs and Cats and…Snakes! Oh my!

Let’s move on before we get too miserable. Fast-forward six decades, and we find animal companions playing supporting roles in Alison Bechdel’s Dykes to Watch Out For – a lesbian epic that’s equally iconic but much more cheerful. Where would Ginger, the cranky academic, be without her beloved dog Digger? Not to mention Mo, the angst-ridden, radical heroine, with her slinking Siamese cats, the deliciously named Virginia and Vanessa? I snorted coffee out my nose when Mo handed her house-sitter a massive folder of meticulously typed “cat instructions”. I may or may not have printed something like that myself…

Not that all fictional beasts are cuddly. Take one of my favourite lesbian detective stories: Dorothy Porter’s verse novel El Dorado. The protagonist, Cath, falls foolishly in love with the much younger Lily, a reptile keeper who brings her work home. The snakes become symbols of sex, danger, rebirth. A chapter entitled “Heavy Petting” reads:

and swallows a gulp

as Candy slithers up

between her bare sweaty

Staying in the mystery genre, I also adore Eva Wylie, the unlikely heroine of Liza Cody’s Bucket Nut trilogy. Eva is foul-mouthed, belligerent, uneducated, and broke. Her only companions are her vicious Doberman guard dogs. There’s nothing cute here; Eva rules her dogs with an iron fist, afraid they will turn on her the way people have done, even as she secretly wants affection.

We All Need Connection

But let’s end on a happier note, with one of my favourite eccentric heroines: Kerewin Holmes, of Keri Hulme’s The Bone People. A reclusive artist disappointed with the world, Kerewin lives in a tower on a freezing, remote beach in New Zealand, shunning all living creatures except the glow-worms that live in her walls. Then a chance encounter with a lost child draws her into a disturbing family drama that nearly destroys her. But by the end of the story, Kerewin has re-discovered hope and connection, symbolised by her adoption of a blind, stray cat.

She calls it Li, commenting:

“I named it. One must name cats, people, whoever whatever comes close, even though they carry their real names hidden inside them.”

She has come to accept that other creatures, including people, remain mysterious, and our time with them is fleeting – but that we need that connection all the same.

Jess Lea lives in Melbourne, Australia, where she started out as an academic before working in the community sector. She loves vintage crime fiction, the writings of funny women, and lesbian books of all sorts. Jess can be found writing in cafes, in parks, and in her pyjamas at home when she should be at work. Her new novel, A Curious Woman is out now.