Driving authors to drink … aka all hail editors

Game of Thrones author George R.R. Martin once called editors “a writer’s natural enemy.” He may have also claimed editors drive authors to drink and crimp their sex lives, but that’s another story. He is right, though, about the power book editors have in their pinkies. Good editors can make a book. And bad ones can ruin it.

Yet for all editors’ reputations as curmudgeonly word shredders, hell-bent on ruining a writer’s glorious flights of fancy, one thing they have never done is taken an author’s limelight.

And that’s a really valid point Martin also makes: “Writers do get one thing: Recognition, lots of it. Bylines and honors and awards. Our editors get none of that. Maybe that’s why they are such a cranky bunch, always making our lives wretched.”

When a writer’s every word is gold

I have seen this curious snake/mongoose battle from both sides of the writing fence. For thirty years, I’ve written many screeds as first a journalist and now an author of lesbian fiction. I’ve also switched hats, working as a newspaper sub-editor and a book developmental editor.

For some years, I played the role of a sort of journalistic script doctor, someone who had to save senior newspaper writers from themselves when they were lost in the throes of pretentiousness or off-topic ramblings.  My job was to turn their lengthy journalistic yawns into gripping page-turners. It should be noted, many senior writers did not appreciate this service, because every word they wrote was a precious, precious gem. Naturally.

I once had a journalist take a printout of his edited story that I had given him to check, and write out, in long-hand, in the margins, all two hundred lines I had taken out, including every error I had fixed. He was adamant he wanted all of it back in even though it did not fit the space allocated on page. Right on deadline, too.

That was the day I truly understood the impulse to kill. 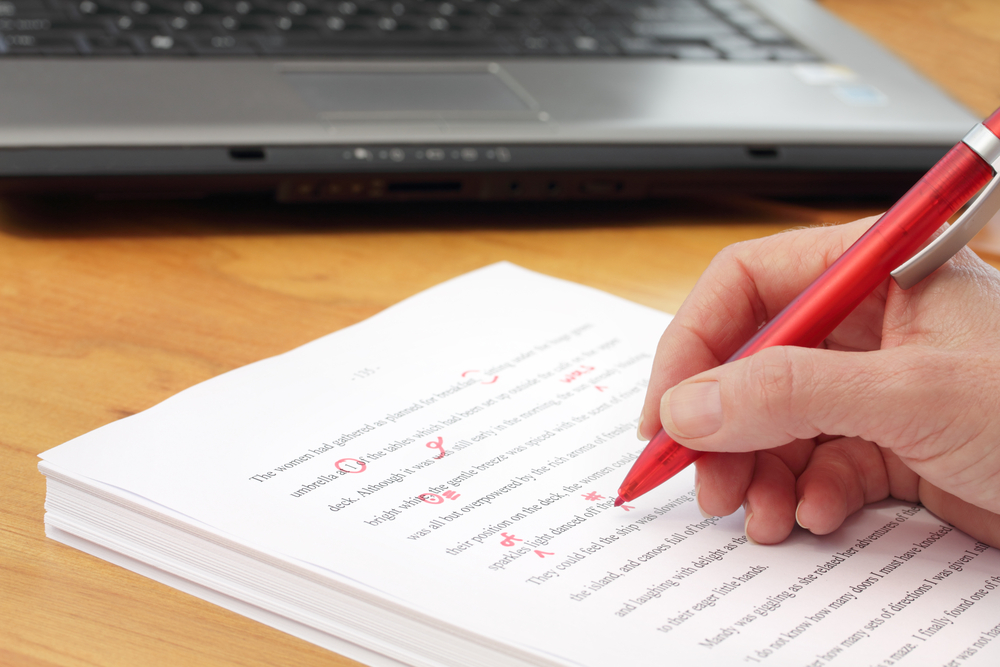 Bloopers and idiocy — aka why we need editors

On the flip side, as a writer, I’ve had editors on the newsroom floor doubled over with laughter when I was a freshly minted cadet reporter. Who knew the “Tennis and Power Station” was actually the “Tennyson Power Station”? I’m absolutely sure that’s what the man called it down the phone. Well, fairly sure. Okay, when you say it like that, it sounds a little weird, but…

Anyway, once the guffawing sub-editors finished making a meal out of my foolishness and I learned an important lesson on checking spellings, the story was fixed, and the reading public was none the wiser. It’s magic like that.

That’s what editors are for: to make writers look flawless, slick, and fabulous. And all the while they do it without claiming a lick of kudos. Read any fantastic book or news article, and the author or journalist always gets the pats on the back. Read a bunch of howlers, and the editors cop it between the eyes as though they personally wrote each one.

Why do editors always get the short end of the stick? Perhaps it’s partly because of the reputation that some unimpressed authors gleefully inflict upon them. The person with the biggest megaphone always shapes perception. Therefore, in quite a few readers’ minds, editors squat in the background, like some ghostly vulture picking over a carcass of a great author’s genius, ready to ruin their icon’s brilliance with a vicious red pen.

This may be true in some cases. But for every time it is, I can guarantee there’s always one grade-A dolt who thinks someone built a power plant complete with tennis courts.

So, forget the stereotypes, amusing though they can be. It’s really worth getting to know what book editors actually do and how they do it.

What’s interesting to discover, first up, is that not all editors are the same. I don’t just mean some are good, bad, indifferent, or micromanagers, and all the rest. No… some edit in completely different ways to others, focusing on distinct aspects of a story.

Sandra Gerth, senior editor at Ylva Publishing, describes four editor types commonly used in fiction publishing. Bear in mind that not all manuscripts would use all four and there can be some overlap in each role.

“Content editors, sometimes called developmental editors, look at the big picture—a story’s structure and content, not each individual word,” Sandra says. “They point out plot holes, sagging middles, lack of conflict, weak characterization, point of view violations, and telling where the author should have shown.”

“Line editors focus on the prose,” Sandra says. “They go through the manuscript line by line and point out redundancies, awkward sentences, passive voice, repetitive sentence structure, and overused words. They often tighten the manuscript and make the story flow more easily.”

“Copy editors correct grammar, spelling, and punctuation mistakes and make sure spelling is consistent and follows the publishing house’s style guide,” Sandra explains. “They also point out logical errors and continuity errors such as a character having blue eyes on page 7 but gray eyes on page 242.”

“Proofreaders are often confused with copy editors, but they actually work on the print proof, which is a PDF file, to look for formatting issues such as awkward page breaks, extra spaces, or italics that got lost during the formatting process,” Sandra says. “Of course, they also point out any misspelled words the copy editor might have missed.”

Whether any given author or publishing house puts a book through some, all, or even any of these hoops depends on the person and the company. Everyone does things differently. But that also leads to the touchy subject of what counts as an “edited” book.

What counts as “edited”?

“Sometimes, edited means that the writer sent the manuscript to a couple of friends who beta read it and pointed out any plot holes that jumped out at them,” Sandra says. “Sometimes, it means the writer has paid a copy editor to correct any spelling and grammar mistakes.

“Or it can mean that the writer worked with an entire team of editors, from a content editor to a copy editor, sparing no cost or hard work to make it the best read possible.”

But not all editors are created equally

“I’ve met editors who inserted more mistakes into the story than they took out,” Sandra says. “Fiction editing is a skill that requires specialized training and years in the publishing industry, and a person who’s a great copy editor won’t necessarily be good at developmental editing and vice versa.”

No matter where an author or publisher has found their editor or what their specialties are, one thing remains true: A good editor can really help a book, especially if they know when and when not to touch. 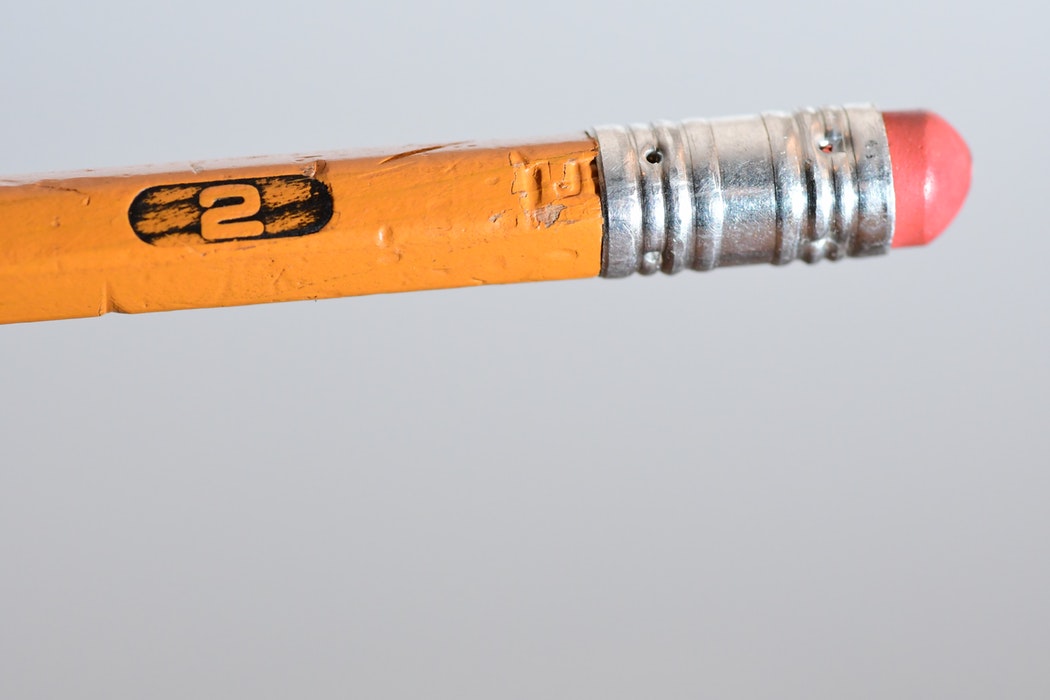 When an editor is not enough

Sandra says she has seen “a lot” of bad books rescued by good editing. “But even a great editor can’t turn a badly written book into a brilliant one,” she says. “Sometimes, a manuscript just isn’t ready for editing. What the author would need instead is a mentor and some serious time studying the basics of the writing craft.

“If the author doesn’t understand essential writing principles such as ‘show, don’t tell’ or point of view, the editor’s feedback probably won’t make much sense to them.”

At the end of the day, the world’s bookcases are littered with books that could have been better with a good polish and books that are substantially better because of how well they were edited.

But when the miraculous happens, when a book is elevated high from mediocrity by a talented editing wordsmith, editors really are worth a shout-out.

So in the words of George R.R. Martin—and who’s going to argue with him; let’s be honest—“C’mon people, let us give them the recognition they deserve.”