The Other Superheroes: The Power of Black, Female, and Queer 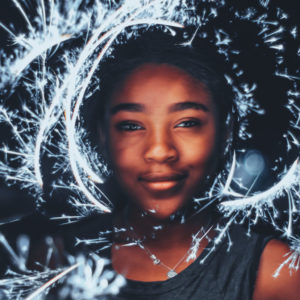 Where are the other superheroes? The different ones who break the mold? Not the ones in tights who mimic birds or planes racing across the sky. Nor the real-life ones in blue who show up after a desperate call, only to treat the abused worse than the abuser. Certainly not the excesses of straight-backed, muscle-bound men already parading across our television and movie screens, saving the world one action-packed, explosive scene at a time. We’ve seen plenty of them.

We need more of something else. Although, the argument could be made that there are already “more” superheroes out there simply waiting for us to open our eyes and see.

Like Thunder on the television show Black Lightning, the Dora Milaje characters in Roxane Gay’s World of Wakanda comic books, writer/actress/producer, Lena Waithe and the marvelous things she’s accomplished. Let’s take a look at these lovelies who either create or exist as superheroes with a fabulous difference…

Black Lightning is a relatively new show on the CW Network (now also on Netflix) that was just renewed for a second season. The title character is a superhero with the power to (shocker, I know) manipulate electricity. But the show stopper is his daughter, Thunder, played by Nafeesa Williams, who has superhuman strength along with a bunch of other cool powers. She’s brilliant, becomes her father’s partner, and also happens to be a lesbian. Her queerness is beautifully and simply rendered in the series and you’re sure to fall for her, and Black Lightning, once you tune in. She’s a superhero in every sense.

Roxane Gay’s superb superheroes in the World of Wakanda

When I heard that Roxane Gay, along with poet, Yona Harney, would be writing a comic for Marvel I was over the moon with joy. Incidentally, this is the first Marvel series to be co-authored by black women. The Black Panther: World of Wakanda comics feature Aneka and Ayo, two former members of the Dora Milaje, the king’s all-female guards. Deliciously enough, the women are also lovers. The series is gorgeous, beautifully drawn, and contains a storyline as nuanced and fantastic as only Roxane Gay can make it.

Unfortunately, after six installments, the series has been canceled, but you can get your fill of the series while they’re still out in the world.

Lena Waithe has been in the business for a while, writing for a few shows that many of us recognize (Dear White People, Bones, The Chi, Master of None) but it wasn’t until she became the first black woman to win an Emmy Award for Outstanding Writing for a Comedy Series that the world really started to take notice. Even Time Magazine recently bowed to her bad-assedness when they added her to their 2018 Most Influential People list. Lena is fearlessly out, gorgeous, and unapologetically herself.

I mean, yes, obviously she isn’t a superhero and doesn’t have an actual superpower other than the ability to write impactful words people pay attention to. But I think we can all agree she’s amazing. I mean, it takes a lot of courage and strength of character to be out and proud in Hollywood. Lena did say though in her Emmy acceptance speech of the LGBT+ community: “The things that make us different—those are our superpowers.”

As Lena Waithe and Nafessa Williams have said, the fact that that they are doing what they do under the light of an untold number of eyes is a tremendous inspiration for girls and women who aspire to be brave. Representation matters. Their fearlessness gives others permission to live boldly, to reach for things they once thought beyond their grasp.

These women are the “more” we need, and I hope their presence will open the floodgates. With them on the scene, it gets a little easier for LGBT+ girls and women to view themselves as the superheroes of their own lives and help pave the way for countless others. 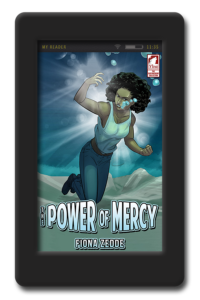 Jamaican-born Fiona Zedde currently lives and writes in Atlanta, Georgia. She is the author of several novellas and novels of lesbian love and desire, including the Lambda Literary Award finalists, Bliss and Every Dark Desire. She has published The Power of Mercy as part of Ylva’s Superheroines collection.

June 2018 is Speculative Month for lovers of sci-fi, fantasy, and otherworldly lesbian fiction at Ylva. That means bargains for readers who appreciate rippling-muscled, Lycra-suited heroes, tales from the other side – supernatural, horror, dystopian, utopian, or futuristic fiction – along with rollicking space adventures with ladies who love the ladies. Grab a bargain here: www.ylva-publishing.com/current-deals