5 Queer Comic Book Artists to Look out For 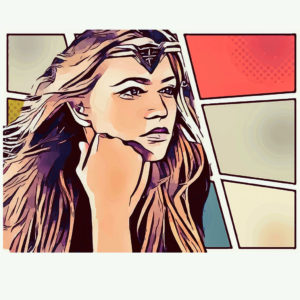 It’s easy to understand why it often feels like comic books are written for fifteen-year old boys (or gross man-children) who spend too much time in their basements. I mean, how is an exposed stomach and a bra two sizes too small practical superheroing gear? Spoiler: it’s not.

And don’t get me wrong, I can appreciate a woman’s body as well as the next lady-loving gal, but when it seems like the storyline is more focused on butts that butt-kicking, more excited about boob-windows than breaking windows, there’s a problem.

So, how did I get around this obstacle of objectification? I found comic books produced/written/illustrated by women who were like me. Queer women, women of color, women who understand the importance of intersectional feminism.

Marjorie M. Liu’s graphic novel, Monstress is probably my favorite offering of the past year or so. It’s dark, violent, and beautiful. Published by Image comics, Liu brings forth a haunted, matriarchal world, inspired by 1900s Asia. It’s heavy on mythology and features a lead with a physical disability. Go treat your eyeballs to this graphic novel immediately.

What to read: Monstress vol. I and vol. II

Ah, Gail Simone. How do I describe Gail Simone? Anyone who fell in love with Birds of Prey back in the early 2000s knows of Simone’s awesome power. She’s known for clearing up (or shall we say queering up) Wonder Woman’s sexuality, along with Greg Rucka, and also penned one of the only good things to come out of DC’s New 52 series. Batgirl’s first issue in the series was was published in September 2011, and in it, Simone introduced a character named Alysia Yeoh, the first major transgender character written in a contemporary context in a mainstream comic book.

So, in researching Noelle Stevenson for this piece, I discovered that she’s 26, which infuriates me because she’s so goddamn talented. She’s the creator of the delightful and ridiculous comic Nimona, and a co-creator of Lumberjanes—one of the quirkiest, most inclusive comics out there. Trans heroines, queer scouts and general badassery. If you haven’t read Lumberjanes, what are you wasting your time reading this blog for? Go, go, go!

What to read: Lumberjanes, Nimona

Gisele Jobateh is an indie cartoonist based in Canada and the creator of the coolest cast of nonbinary characters you could imagine. Their comic Star Trip features planet-hopping heroes and adorable aliens. While they’re probably the most obscure artist on this list, I really appreciate Jobateh’s cutesy, quirky style.

What to read: Star Trip

You might have heard Roxane Gay’s name mentioned in the Twitter/Tumblrverse after great Hippolyta blessed us with Joss Whedon’s departure from the upcoming Batgirl project. Gay, who is openly bisexual (yeah, I snickered at that sentence, too), is probably best known for her collection of essays, Bad Feminist. Most recently, she’s co-written the now cancelled (grrr) World of Wakanda, which features lesbian couple, Aneka and Ayo, who are former members of Wakanda’s female security force. If you thought Black Panther was good, read World of Wakanda. And someone, give this woman the Batgirl movie!

What to read: World of Wakanda

This is only a sample of queer comic book artists who are amazing women changing the face of comics and geek culture. There are so many awesome, up and coming creators on the web, whose characters are more than just butts and boob-windows. As a once-disheartened comic-book fan, discovering these artists was a big moment, and reminded me that there is indeed a space in geek culture for women like me. 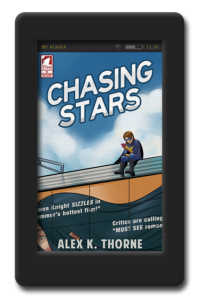