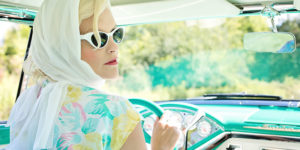 I’ve always had a thing for age gaps in romantic pairings. I suspect it stems from my crush on my seventh grade English teacher.

The fact that Ms. T. wasn’t just any old teacher, but my English teacher, sealed my destiny as a future writer. She loved my creative writing and always encouraged me. When I went away to college, we’d make time to catch up during my breaks. Sadly, we’ve lost touch, but she was one of the most important people in my life.

Thus began my long-term fascination with strong, smart, older characters that’s crept into my writing from the very first day I set foot into fandom – where my “career” really began.

Finding fanfiction … and those tiny clues

I started writing fanfiction in 1999, during my freshman year in college. Ironically, I started off with m/m slash, or gay male fiction. My first pairing was Qui-Gon/Obi-Wan in The Phantom Menace, a terrible movie that spawned a lot of good fanfic – and just happened to feature a pairing with a large age gap. Between teacher and student.

Beyond the age-gap pairings, I was deeply attracted to women, but was too afraid to engage with my feelings. When I read f/f (female/female) stories, I actually felt uncomfortable, because they were so personal in a way I couldn’t yet define. I felt as if someone was spying on me and uncovering things I wasn’t ready to face. Writing m/m stories was a way for me to engage with queerness through bodies that weren’t like mine.

The Devil’s in the femslash detail

Then, in 2007, I discovered the movie The Devil Wears Prada. I was immediately enthralled by the vibe between the powerful editor Miranda Priestly (Meryl Streep) and her fish-out-of-water assistant Andy Sachs (Anne Hathaway). I watched it on cable while visiting a friend, and on the long road trip back, I was already writing a story for it in my head. As soon as I got home, I sat down in front of the computer, and that story became She Likes a Prizefight.

The Devil Wears Prada then took over my life for two years. No fandom before or since has held my interest for so long, and I think it’s no coincidence that it’s about two women. I’ve written lots of fanfic for lots of different characters over the years, and they haven’t all been f/f, but DWP changed my life in a way no other fandom has…until now.

Grace and Frankie and a community of women

These days I’m writing stories about the Netflix sitcom Grace and Frankie.

After two years of self-publishing straight romance novels (a story for another time), I’m writing about women again, and I can’t tell you how refreshing it is. It’s not just that I’m writing about female bodies and experiences, but that I’m part of a community of women online who are all into the same thing.

And it helped me come out. It’s true – in spite of my writing, for decades I couldn’t fully acknowledge who I was. But one of the main pillars of the Grace and Frankie fandom is the headcanon that Grace Hanson (Jane Fonda) is a repressed lesbian on a journey toward finding herself.

Reflections in a mirror

The more I watched the show and saw this pattern emerge, the more I began to see myself, too. This started to branch far beyond the show itself as I took a look at my life, my history, and my relationships, and as I made new friends. It started there. And months after season three premiered, I came out as a lesbian to my friends, my family, and to myself.

Never let anybody say that stories can’t change your life.

Femslash … a balm for a world hostile to fictional lesbians

It’s also not just about my own journey, or about stepping back into welcoming waters, but about finding a refuge in a hostile culture.

The last couple of years have been rough for fictional lesbians. There aren’t a lot in the first place, and to make things worse, we’ve seen them die or be mutilated on screen. There’s The 100, Orange Is the New Black, The Handmaid’s Tale, and dozens of other examples. As the saying goes, “representation matters,” and the lack of it can lead to a sense of being invisible, devalued, or even in danger, part of a world that’s happy to erase you from existence.

Femslash fandom was a balm for all of that, and now I’m finding it in lesbian fiction, too. I’m so happy to make the leap and share stories I love with a new audience.

Roslyn Sinclair is a writer and teacher living in Georgia. In the morning, before she preps lesson plans, she writes her books in longhand at her kitchen table. In her downtime, she’s probably reading, taking long walks, or going for a drive on the twisty mountain roads near home. Her first lesbian fiction book, The Lily and the Crown, is out now.