Girl Meets Asexual Girl–Writing A Romance With A Difference 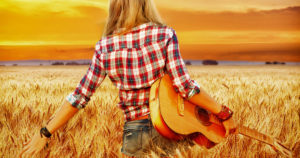 Ylva author Jae’s new novel, Perfect Rhythm, is a lesbian romance that is a little different.

In this interview, Jae reveals why she decided to write about an asexual main character, as well as the research and approach she took for the book that has fans buzzing.

INTRODUCING AN ASEXUAL LEAD CHARACTER IN A ROMANCE NOVEL

# Could you tell us a little about your new book, Perfect Rhythm?

One of the two main characters is Leontyne Blake, a burned-out pop star who has stopped believing in love because women usually just want her for her money or her fame.

When her father has a stroke, she reluctantly returns to the small town she grew up in and meets Holly, her father’s nurse. Holly is completely different from all the women Leo has met before—not just because Leo’s fame and her money don’t impress her, but also because Holly is asexual.

The two learn to find the perfect rhythm together, despite their differences.

# Perfect Rhythm is your sixteenth novel. How is it different from your other lesbian romance books?

In a way, Perfect Rhythm isn’t all that different. I think it has everything readers appreciate about my books: three-dimensional and believable characters who won’t jump into bed with each other on page two but take the time to get to know each other first so they can establish a true connection.

What is different about Perfect Rhythm is the sexual orientation of one of the main characters. Holly identifies as homoromantic and asexual, which means she is romantically attracted to women but doesn’t experience sexual attraction to anyone.

In most romance novels, sexual attraction is what brings the two main characters together. Leo and Holly’s relationship, however, is based on other things, most of all emotional intimacy. I think even readers who aren’t asexual can enjoy and learn a lot from this book.

# What inspired you to write about asexuality in your novel?

A good friend is asexual, and I realized that, up until recently, there wasn’t even one (romance) novel with a female main character who identifies as asexual. Not even one, at least that I could find. I think it’s important for teenagers—and for adults too—to find themselves represented in books and other media. For me personally, it meant a lot to find novels with lesbian characters and to see myself reflected in books. That’s an experience that asexual readers don’t get to have. So I set out to give them a book with an asexual character who will show them that they’re not alone. I also hope to introduce this “invisible” sexual orientation to readers who aren’t asexual and might not have heard of it.

# Were you afraid that having an asexual main character could make some of your fans shy away from reading this novel?

I am a little concerned that some of my readers will read the description and put the book aside, thinking it’s not a “real romance.” But that couldn’t be further from the truth. I hope and trust that most of my readers will give Perfect Rhythm a chance. Personally, I believe that it’s one of my best and most romantic stories and that my readers will enjoy it without feeling they are missing anything. I’ve heard from several readers already who admitted they were skeptical at first, but after finishing the book declared Perfect Rhythm their new favorite.

# Your main characters are very different from each other: Holly is a small-town nurse, while Leo is a celebrity. How did you decide to make Leo a pop star?

I started out with very clear ideas of who Holly was, while not knowing anything about the other main character. On the one hand, I wanted someone completely different from Holly, but on the other hand, it had to be a woman who can complete her and accept her just the way she is, including Holly’s asexuality. I wanted her sexual orientation to be something positive and something Leo found lovable. That’s when I decided to make Leo a pop star. Her fans celebrate her as a sex symbol, and her manager tells her to show some skin because “sex sells,” but Leo is fed up with that attitude and wants someone who loves her for who she is, not for her body or her sex appeal.

# Perfect Rhythm isn’t just a love story. It’s also about returning home and Leo’s difficult relationship with her parents. Was it hard to do both of these subplots justice?

Not at all. I could emphasize with Leo’s struggle when she returns to her hometown and has to face her parents after years of not talking to them. Holly is the typical girl-next-door and represents everything Leo wanted to leave behind. But the more she gets to know her, the more she realizes there are a lot of positive things about small-town life that she had forgotten about. Because of Holly, Leo starts questioning her relationship with her parents and viewing things in a different light. The two subplots influence each other until they are completely entwined in the end.

# Perfect Rhythm gives us deep insights into the thought processes and feelings of an asexual character. You also describe the conflicts Leo faces with great sensitivity. How did you approach researching this topic?

I started researching more than three years ago. I read all the nonfiction books on asexuality that I could get my hands on, and I watched interviews and video diaries of asexual people who talked about their coming-out and problems in relationships. Most helpful were a lot of conversations with an asexual friend who willingly answered my questions until I felt that I had a good grasp on the asexual spectrum and could do the topic justice.

Luckily, I also found several asexual beta readers who were willing to read the manuscript and give me feedback on anything that was missing or didn’t work.

I’m happy to report that I have already received several feedback emails from asexual readers who loved the book and found themselves well-represented in Holly. That definitely made all the months of research worth it.

# What made you think of the title Perfect Rhythm?

I wanted a title that hints at Leo’s musical background and that at the same time introduces the theme that finding a “perfect rhythm” in relationships doesn’t always have to be based on sexual attraction. Personally, I love titles with that kind of double meaning.

# What can your readers expect from you next?

I’m already working on my next book. It’s a fun lesbian romance novel about a slightly OCD psychologist who hires an impulsive, out-of-work actress to play her fake fiancée. The novel will be published in June. If you subscribe to the Ylva newsletter or follow me on Facebook or Twitter, I’ll be posting updates, so you won’t miss it.

Jae used to work as a psychologist but gave up her day job in 2013 to become a full-time writer and a part-time editor. For the past ten years she has been writing mostly in English. Jae has just published Perfect Rhythm with Ylva.