Ylva author and Carmilla webseries story editor Ellen Simpson has jumped on board the Ylva Top 5 Books challenge. Here she names the novels that were meaningful and influential in her life, revealing a taste for timeless classics, historical mysteries and absorbing tales of the unexpected:

When I was asked to provide a list of favorite books, I didn’t think I could ever whittle it down to just five books, especially five that were particularly meaningful to me. Eventually I decided that instead of trying to make an all-time list, I’d look at the books that were influential to me at various stages of my life. 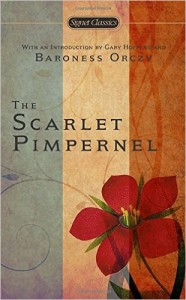 The Scarlet Pimpernel by Baroness Orczy

When I was ten, we found this book at my family’s house on the north shore of Long Island, and my mother read it to me over the course of the week we were there.  I fell in love first with the love story and secondly the adventure element. As I look back on it, and reread the story over and over again, I see elements of my writing that are directly influenced by this book. The Scarlet Pimpernel tells the story of Marguerite, a young French actress who marries an English baronet on the eve of the French Revolution. After her marriage, her husband grows cold, distant. Meanwhile, to save her brother’s life, Marguerite is charged with an impossible task: find the Scarlet Pimpernel, a masked vigilante rescuing French aristos from the guillotine, and bring his identity to light. 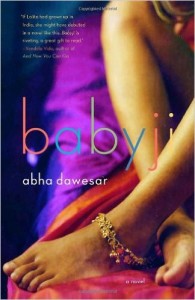 I bought this book on a whim, back when I was still not quite sure about myself, and discovered a wonderful, breathtaking story, set a world away from any understanding of queerness that I’d ever encountered before. This story was one of my favorites in high school, and the story it told, of a girl my age at the time, was both relatable and powerful. Anamika is 16, and just coming of age when she has three affairs with three women from different class backgrounds from her own. Each affair is a comment on the sociopolitical situation in India in the 1980s, and how Anamika is tormented by her complicated views of her place within her home and caste. While difficult to read at times, it is beautifully written and evocative. 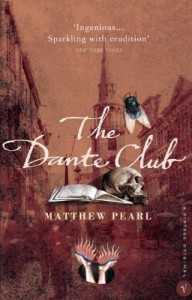 The Dante Club by Matthew Pearl

I read this book over the course of the summer between my second and third year of college, when I was looking for something very different. This story recounts the Civil War-era translation of Dante’s Inferno into English by a club of poets that includes the historical figures of Henry Wadsworth Longfellow and Oliver Wendell Holmes. As they translate, they start to notice a series of murders within Boston parallel the punishments Dante describes in his work. Fearing that the connection will be made, the club sets out to solve the murders first, so as to avoid ruining the reputation of Dante’s work in the Americas. As a student of history, delving so deeply into a historical time period in a city I know so well is always fun, and reading the tangled web of the mystery as it unfolds is a pleasure. 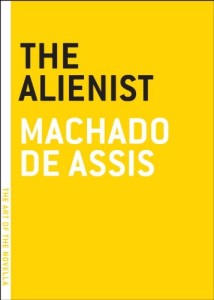 This is another historical mystery that utilizes real historical figures, in this case my all-time favorite American president, Theodore Roosevelt, when he was still the New York City police commissioner. He and a Doctor Laszlo Kreizler start to utilize modern criminology techniques such as fingerprinting and psychology to help decipher the villain’s next move.  Against a backdrop of increasing hostilities, xenophobia and anti-immigrant sentiment, The Alienist tells a compelling story in beautiful prose that makes me jealous to this day. 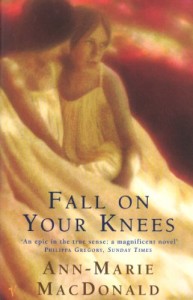 Fall On Your Knee by Anne Marie McDonald

On the recommendation of a friend, I bought a used copy of this book, only to have my heart ripped out and served to me on a platter. Chronicling the ever-complicated life of piano tuner James Piper and his young wife, Materia, Fall on your Knees is one of those books you can’t say much about without ruining everything.  The story of the daughters of James and Materia is the most fascinating, and the fate of Kathleen, the eldest, will have you guessing until the very end.

Ellen Simpson graduated from the University of Vermont in 2010, majoring in political science with an emphasis on media and its effects on society. She is the story editor and social media writer for the popular webseries, Carmilla, now in its second season. She lives in North Carolina, but is a Vermonter at heart. Ellen published The Light of the World with Ylva.