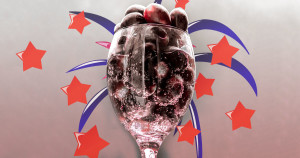 New Year’s resolutions. Oh, how I hate them. Wait, should I start a blog post like that? Ah, well.

I can’t help it. I think we all know we make these well-intentioned statements, resolved and a little liquored up as we roll into the New Year, but by the end of the year we are guiltily just restating the ones from last time. And nothing prevents you from achieving goals like guilt.

I also hate them because I teach English as a foreign language in Spain, where I’ve lived for three years. And at the lead up to Christmas and the end of the year, every class activity involves making them. This year, I got out of it by distracting them with chatting about the differences between various Australian and Spanish holiday traditions. There are a lot of them.

My favourite is that they have the awesomely ridiculous and fun tradition of eating twelve grapes, one at each stroke of midnight. Seriously. It’s a mess. And mostly you’re laughing at everyone else trying to not laugh and gulp a dozen of them at the same time.

You have to be far too good at multi-tasking as you stuff them into your mouth at each gong, chew noisily and a little desperately, dribbling grape juice, then try to swallow a mouthful as you shove the next one in to join the other barely masticated ones already in your gob by the final gong. No one’s really bothering to talk. It’s impossible without spraying them with grape, anyway. When you’re done, you’re all too busy laughing at each other.

I would like it stated on record that this year I managed the twelve grapes (with bulging chipmunk cheeks at the final bell). My girlfriend managed nine (she’s Spanish, so she really needs to get her act together) and my friend five. She got the giggles. There was a mess.

We all then went straight to bed as we had been skiing all day and had already fallen asleep on the sofa at nine for a short, very late, siesta. Because we’re party animals like that.

So no resolutions were made, which is how I like it because you can’t be hit with a bout of feeling like a failure at not achieving them. But it didn’t stop me on reflecting on the year that was.

Last year was a strange one. A lot of things went down that I never would have thought could in this day and age. Trump was elected, Brexit was voted in, refugees were left in the cold (and still are), Australia still didn’t get its act together on marriage equality and an alarmingly high number of well-loved celebrities got whisked off somewhere else.

However, personally, I had a pretty great year. I got back to Australia to spend time with my friends and family, a special delight with my nieces and nephews who refuse to stop growing. What’s with that?

I got to meet my best friend’s first baby, who I’m besotted with. I published my second book, finished another, and started one more—which is almost finished. I made some amazing connections with some amazing people all over the world, all of whom I would never have met if I hadn’t started writing.

I was involved with the creation of Queer Pack, and get to keep playing an awesome role there. I participated in Lesvos Lesfic (which you should all join us for this June, by the way) and got to experience the magic of that island.

I volunteered in Greece at a refugee camp for four weeks. Some amazing people donated almost 1,500 euros for us to set up English classes and education materials within the camp. There, I met people who completely changed my outlook on life and broadened my horizons. I think about them every single day.

And then today, I remembered I was supposed to write a blog about New Year’s resolutions.

I won’t make any. Instead, I’ll just try and improve on last year.

Wait, I lied. I resolve to be even faster at eating twelve grapes this year.

Originally from Australia, G Benson currently lives in Spain, speaking terrible Spanish and going on as many trips to new places as she can, budget permitting. This means she mostly walks around the city she lives in. G Benson has published her second novel “Flinging It” with Ylva Publishing.