One aspect of growing into my more mature years is realising that I’m never going to get through my current To Read pile(s) of books. Does that stop me buying more? No! Nor does it prevent me from asking for more books as Christmas presents. My family are kind enough to always oblige.

If you’re looking for a gift for yourself or for any other special someone in your life, you might like to consider one of these… 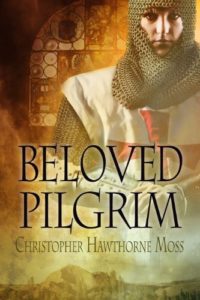 I read an earlier version of this tale, and I did have some reservations about it. However, it’s a cracking good read set in the time of the early Crusades. The young noblewoman, Elisabeth, has always known she’s not a good fit for her body or for the gendered roles assigned to her in life—so when her twin brother dies, she takes on his identity, and goes to fight in the Holy Land as a knight. Along the way she encounters some terrific women, and eventually finds a rather unexpected love. Recommended for anyone who enjoys a ripping yarn set in medieval Europe and the Near East. 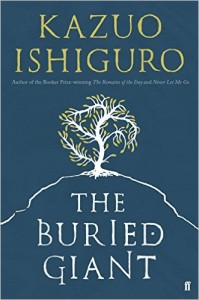 Kazuo Ishiguro is a fantastic British author, with a fine eye for cultural and personal detail. This is his Arthurian novel—though that only becomes apparent some way into the story. It is set in a post-Arthurian England dotted with crumbling Roman villas and the occasional ogre attack. The Britons and Saxons are living together in relative peace, but there is an uneasy sense that the peace is more about forgetting conflict rather than resolving it. The novel’s main characters are Beatrice and Axl, a devoted older couple who decide to undertake a journey to reunite with their son. Adventures ensue. Recommended for anyone interested in Arthuriana or a lovely portrait of a loving marriage. 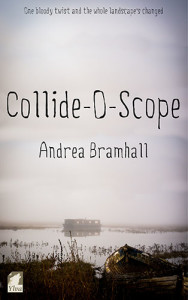 This is a terrific police-procedural, with a crime plot as well done as I’ve found in any mainstream book. The twists and turns and intricacies keep coming, and you find yourself turning the pages long after you should have gone to sleep. I really loved the sense of place, with the damp, bleak beauty of the Norfolk coast functioning as a character in its own right. The romance between Detective Sergeant Kate Brannon and witness Georgina Temple provides a lovely subplot. I’m glad to see that this is the first volume in a planned series. Recommended for anyone who enjoys a good crime drama, with a strong location. 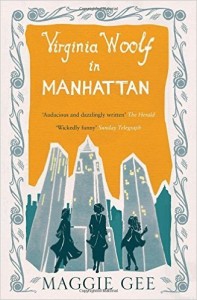 Reading this book caused me frustrations as well as great enjoyment, but in ways that prompt me to conclude that if a reader is going to love this story they are really going to LOVE THIS STORY! The depiction of Virginia Woolf is superb, though one does sympathise with the modern-day Angela who must cope with the unexpected incarnation of her favourite writer popping back into the time-stream as if directly from 1941. As befits Woolf’s own life and inclinations, the romantic encounters of the three main characters (all female) are bisexual. Recommended for anyone who is interested in Woolf or in literature, and who’ll enjoy both time-hopping and head-hopping. 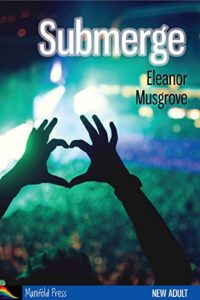 I should say up-front that I was editor for this book. But you may realise how much I enjoy the story and the characters when I still find them fresh and interesting after having worked through them in detail ten times. One of the things I enjoyed most about this relatively quiet crime drama is that it features a full range of LGBTQ+ characters, each intriguing in their own right. The subplot exploring the established relationship between lesbian Addie and bisexual Gina is particularly enjoyable. This is a deceptively ‘easy’ read, which establishes a safe place in the queer nightclub called Submerge—the sort of space I suspect most of us would like to find. Recommended for anyone interested in a whole lovely rainbow of characters, and a place in which they can shine as their own lovely selves.

Julie Bozza is an author, editor and publisher at Manifold Press. She is English-Australian hybrid who is fuelled by espresso, calmed by knitting, unreasonably excited by photography, and madly in love with John Keats and Amy Adams.