The worst Virgo writer to ever Virgo 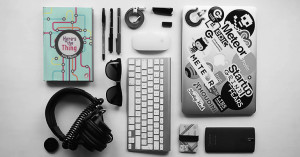 I wish I was less messy. I do. I wish I didn’t have to tidy my room twice a day because the chaos monkey part of me cannot clean up after herself while the uptight Virgo part of me cannot sleep if there’s crap all over the floor.

I also wish I was the kind of person who always knew what date it was, instead of having to look it (and sometimes the day) up.

I wish I was the kind of person who could keep a diary or calendar and not just write things in it and then forget that said notebook and calendar ever existed.

I wish my next novel didn’t comprise a thousand different one-paragraph, untitled Word documents on my desktop, and a bunch of cryptic sentences clogging the notes app on my phone. But, lately, as I come to terms with climbing steadily closer to being another decade older, I’m starting to realize this is probably how it’s going to roll until I stop rolling altogether.

I used to be jealous of organized people. I probably still am. A few years ago, when I was writing my PhD (Journalism), I was sharing a small office at uni with a bunch of film theorists. Sometime near the end of my time there a new candidate moved in. She was only about 22 and a bit of wunderkind. Her fourth-year thesis, debunking earlier interpretations of the work of a thirties film star, had already been published in a film journal (that never happens in fourth year). She was super-organized, super nerdy, and I was super-envious of her (I hadn’t even dragged my butt to university by the time I was her age). She was also very quiet, rarely smiled and was one of those people who had a meticulously tidy workspace and a deep, abiding love of stationery. Meanwhile my desk was a toxic waste dump of scrap paper, caffeine-ravaged cups, unmarked essays and pinned Joan Didion quotes.

This girl hardly ever joined the chit-chat that would break out amongst the rest of us. That’s why I was kind of shocked one day when she suddenly turned to me, positively giddy with excitement (as in, she was smiling and talking). She’d just discovered Scrivener, that program that allows you to do all sorts of fancy, meta things in order to plot and format your writing, as well as to plan and hit writing targets. I just sat there and blinked as she raved excitedly about all its features. Since then a lot of writer friends have discussed their addiction to similar programs that allow you to map out your story, hit word targets and plot chapters in neat timelines. Many of them look at them as godsends. One writer I know sometimes tweets screenshots of her successes with her daily writing targets during sessions. And this plotting instrument clearly works for her because this woman somehow gets several popular romance books out a year.

This suggests that maybe I should jump on aboard this writing train, too. But I just can’t. Because these approaches require a level of organization that I simply do not possess.

People always ask that question in the writing world: are you a plotter or a pantser? All I know is that I’ve never planned out a book in my life. Because that would involve…well…the ability to plan. And I only like to plan my next meals and my next overseas trips. I’ve slowly realized that, for me, plot is down to sheer luck. I write and it appears. I don’t think about it. When I write, I begin my mission with a character who needs or wants something, and then it feels like this organic process of writing to get them to that thing. They tell me the story.

The funny thing is that I’m a Virgo, so I think a lot of my friends feel like I should be less loose (and probably less messy) than I am. But, see, I have a lot of Virgo friends and yes, we can be super-organized and uptight and all those things your hear. But if there’s one thing I’ve also learned about us is that we’re selectively uptight about things. I once shared a house with a Virgo who liked to have only the stainless-steel cooking utensils on display in the container by the stove. Due to some strict, minimalist kitchen aesthetic, the wood and plastic ones had to be exiled in shame to the kitchen drawers. Meanwhile, I lack actual words to describe the horror that was the state of her bedroom. As for me, I get real uptight if one line of a chapter overhangs onto a page by itself (I’ll get rid of it whether the sentence needs it or not), but at the same time I feel zero need to know what’s going to happen in my story two chapters from now.

So really, when I say I wish I were more organized, I really just mean I wish I knew what day it was every now and then, or remembered people’s birthdays without Facebook’s help. Meanwhile, I will enjoy my selective Virgo privilege and continue to write in chaos. It’s worked so far…I think.

From Melbourne, Australia, Emily O’Beirne works part-time in academia, where she hates marking papers but loves working with her students. She also loves where she lives but travels as much as possible and tends to harbour crushes on cities more than on people. Emily just published Here’s the Thing with Ylva Publishing.