Once Upon A Chainsaw: Fantasy TV’s Hot, Messy, Massacre 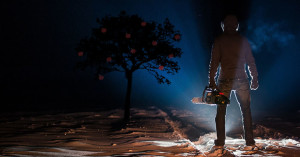 Things television fantasy has taught me: If you ever want to get a girl’s attention, pull on your white singlet (for rippling bicep effect), grab a Husqvarna 455 Rancher chainsaw, give it a few throaty revs, then carve a chunk off her favourite honeycrisp apple tree. Next, promise her that she doesn’t know WHAT you’re capable of – while her felled apples bounce around her polished black heels. If you’re lucky, she’ll give you her patented flay-you-alive/magic-you-into-another-realm/hate!sex-plans-ahead look.

Caveat 2: Do not try this at home without a good lawyer.

I also have learned that TV fantasy is a flawed, feeble, weak beast that will break your heart, make you want to shout, “You have NO idea what you’re capable of!”, while you sob into your 100-proof cider.

The show I’m referencing is Once Upon a Time (OUAT). It’s the best heaven-to-hot-mess rendering of the fantasy genre I’ve ever seen, and I don’t mean that in the creative sense. First, the heaven: In 2011’s season one episodes, lesbian subtext was doled out by the apple cider-load (“best you’ve ever tasted”); Mayor Regina Mills made earnest plans to get her swaggering, blonde, bounty-hunter enemy, Emma Swan, to taste her “forbidden fruit” (as you do), and there was a crypt-load of plot potential bubbling beneath the surface. As an ardent sci-fi and fantasy fan, I had thought the heady Xena/Buffy/ST: Voyager days of ladies eyeballing ladies amid the backdrop of magic, creatures and witty one-liners, were sadly long gone.

But suddenly there strutted OUAT’s Mayor Mills, in her tight pencil skirt, all haughty hair flicks and derisive lip curls and screw-you-minions attitude, drawling about lord knows what, while remembering her good ole days as the Evil Queen. Her plan was simple: to take down that cocky blonde nemesis with the rippling biceps and power-tools approach to negotiations. It was a fantasy that worked on every level. It was also a smash hit. Fantasy for the modern woman. Kick-butt girl-power that was fresh, witty, and subversive. The pilot was watched by almost 13 million viewers in the US alone. The unexpected (for the industry at least) mass appeal of Once Upon a Time‘s first season was due in large part to its tight focus on three women – Regina, Emma and Mary Margaret, a mousy teacher, also really Snow White. Three women spearheading a mainstream family show? Groundbreaking.

The idea that women and girls can be the centre of their own tale is heady. Especially, if they’re additionally marginalised to start with, for example, as lesbians. The fantasy genre is a rich and important one for minorities because it opens a world of possibilities and offers escape from the mundane, the hateful, ignorance and the constrictive boxes of mainstream mores we’re so often forced to endure. The idea of flying free above it all is intoxicating. Fantasy transports and liberates us with its out-of-the-box rules, other-worldly morality, assumptions, cultures and peoples. But escape is the key thing. 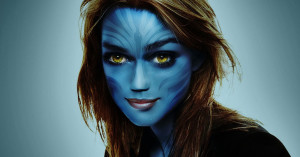 There is a reason the Avatar film, for example, exploded all box-office records. For all the flaws in its premise, the beautiful, evocative fantasy land was completely immersive. In 2010, The Daily Mail newspaper in the UK reported that on Avatar Forums, one user summed up the thoughts of many when he wrote: “When I woke up this morning after watching Avatar for the first time yesterday, the world seemed grey. It just seems so meaningless. I still don’t really see any reason to keep doing things at all. I live in a dying world’.”

That’s the real power of fantasy: Freedom from reality. It’s why we embrace the exciting new realms and intricate, detailed world building. It’s why we seek out ‘other’, when our own world closes in on us.

Which brings us back to OUAT. From that brief ascent to heaven, came the plunge into a hot mess. Piece by piece, bit by bit, the show forgot its role in fantasy was to transport us emotionally beyond the societal barriers in the real world and into wonder and possibility. Its job was to make us forget, not remember. By the time OUAT had added cynical in-house promotions (eg the Frozen arc); a string of male love interests for our warring women (no gay here, move along); forced Emma out of her kick-butt red leather jacket and into teenage prom date dresses and much, much worse; it started to feel a whole lot like our reality, just dressed up with the occasional medieval-garbed, Shakespearian-voiced thespian waving a McGuffin.

In 2016, well over half the OUAT audience has left. Many original fans felt like victims of a bait and switch, and were left thinking “I’m sure my all-new fantasy pasta was 98% sausage-free when I bought it. It also claimed to have only trace elements of trope and heteronormativity but now that’s all I see.”

There was so much potential. So much possibility. So much … Now it’s just reality with a strange fantasy after-taste. In OUAT’s wake, fantasy fiction lives on, as it always has, undaunted by small-screen limitations and pressure to sell out. In the pages of books, such as Fletcher DeLancey’s Chronicles of Alsea series, for instance, can be found uncompromising women who are strong, powerful, (many lesbian), and above all else, exploring new worlds that provide all-encompassing escapes from reality. Because in the end, that is what fantasy is really all about: The ultimate escape.

Footnote: I will never look at a Husqvarna 455 Rancher the same way again. I’m sure I’m not the only one. Right, Regina?

Lee Winter is an award-winning newspaper journalist and in her over 25-year career has lived in virtually every state of Australia, covering courts, crime, entertainment, hard news, features and humor writing. She is author of The Red Files and just published Requiem for Immortals with Ylva Publishing.