Crime and Passion in Lesbian Fiction 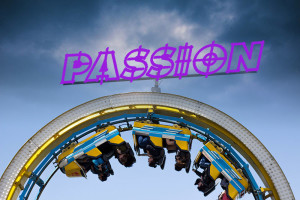 I was asked recently why I write and my answer was: for the rollercoaster. I love that emotional ride of an intriguing story and the bigger the highs and lows the better. Whether the highs are comic joy, consummated love or the satisfying resolution of a conundrum, I love anything that contributes to the addictive buzz of a story.

The biggest high, I think, comes from a novel that pulls together passion, suspense and intrigue. With romance, circumstance may pull the heroines apart and break your heart, but with romantic intrigue you can twist the story to stop the reader in their tracks, chill them to the bone, even make them drop their eReader and exclaim “oh shit”. The stakes can be so much higher. It isn’t simply a matter of will the couple get together, more the terror that secrets and even death may pull them apart.

The procedural crime novel has always had the upper hand in fiction when it came to tickling the reader’s curiosity. Who doesn’t like a puzzle and twisting plot? But it hasn’t always pulled at the heart strings. I have a theory that many lesbians grew up devouring crime because of a lack of lesbian characters in mainstream novels and many mysteries don’t require the reader to indulge heavily in a heteronormative romance. If there is love, it’s not the core of the novel and it’s allowed to be fucked up or unhappy. Perhaps this is also why lesbian crime is palatable to a mainstream audience – UK writers Val McDermid, Manda Scott, Stella Duffy, Mari Hannah have all had great success with their lesbian detectives.

But when love is shifted to the heart of the crime novel successfully, the thrill can be that much more intense. Think of RE Bradshaw’s Rainey Days – a story set in the Deep South of the States where the tentative lovers are very much under threat. Then there’s Cari Hunter’s No Good Reason, in rugged Northern England, with her unusual pairing of childhood friends and sometime lovers – I challenge anyone to read it without being emotionally gripped with fear and hope for both detective and victim.

More often for me, the real magic of crime and romance appears in literature that steals from both genres without having to conform to either. Think of Sarah Waters’ Fingersmith: fascinating characters, titillating intrigue, twists to make you feel cold and nauseous and while we’re at it, one of the best sex scenes in literature, which isn’t in the least bit explicit. And given that it has no genre rules to adhere too, the tension is that much higher – who knows where this story may lead. Heaven.

The lesfic market is filled with traditional romance, something I also read and write with relish. But in a genre where the happy-ever-after romance rules, here’s to the writers who make my heart beat faster, not just with passion but also fear.

Clare Ashton has written four novels that tease all the emotions: pastoral and big-hearted romance Poppy Jenkins, romcom That Certain Something, romantic suspense Pennance and everything you can imagine and a little more with After Mrs Hamilton. Find out more about her on WordPress  and Facebook.