Killing Time: The Truth About Assassins 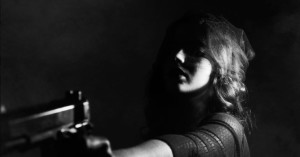 In the pages of books and on cinema screens, modern-day career killers generally aim to do three things – kill, not get caught and do their dastardly deeds with style, as though they’ve just mixed a dry vodka martini and would like to get back to it the minute the body in their rifle’s crosshairs drops. We have become accustomed to our fictional assassins being ruthless but beautiful creatures. They all have a lethal grace to them, a raw, primal, handsomeness, regardless of gender or scars. We seek out, hopefully and unrealistically, a softness to their features, even as they commit the most barbarous acts. Surely though, nothing highlights this sensualisation and heroic ascension of the professional killer more than the boom in chic lethal ladies. On screen, we see trained female killers from La Femme Nikita and Kill Bill, to Crouching Tiger Hidden Dragon and Hanna. In books, female assassin titles run for pages on Amazon.com and the women draped artfully across the covers often boast cold stares, rippling muscles and tight tank-tops, as they outdo each other with dangerous sexy smirks.

But the truth about assassins can be surprising. I spent four months researching them for my novel, Requiem for Immortals, about a lesbian cellist who is secretly an underworld assassin. Aside from learning that I had to delete my work browser history more often and to not post questions on forum boards about how to evade extradition, I discovered a few things that run starkly counter to our fictional expectations. Real-life assassins are not beautiful. Not well-off. Not stylish. Not even well-dressed. Certainly not mentally well, in many cases. They can be terrifying, psychotic, or oddly pedestrian. Sometimes all three. And their acts are not bloodlessly stylised, but downright revolting. (See Mexico’s terrifying, dismembering, cartel assassin Melissa “La China” Calderon for proof.) For every limelight-loving La China, there are hundreds more assassins who ply their trade invisibly. They take lives for sometimes little money and without a shiny Sopranos-style suit in sight.

Assassins in the UK, for example, charge from £500 to £100,000 for a hit. The average is £30,000, based on a Birmingham City University survey of jailed hitmen and women. There is no typical client. Men and women, rich and poor, will all put their hand in their pocket. A survey by the Australian Institute of Criminology found the reasons for hits are usually personal. Of 163 hired-killer cases, relationship break-ups top the list (removing an ex or their lover), followed by financial gain, silencing witnesses (13 percent of cases), revenge, drugs (6 percent). Three-quarters of Australian clients slapped down $20,000 for a hit. The lowest sum was $500. Despite this, it’s the sensational underworld slayings that dominate the news and public consciousness, such as those in Melbourne’s infamous gangland wars, from 1998-2010 – the setting of my book. Remarkably, one notorious “Mr Fix It” figure was rumoured to have $400,000 put on his head.

But it turns out our popular beliefs, shaded by media frothing, of shadowy hitmen stalking dark alleys and smoky clubs on Saturday nights are also the stuff of fiction. Studies show most hits are done in suburbia. Tuesday is the most common day. A gun is the preferred method, but a fatal beating is popular, too. Assassins are often married men and women, with other jobs, and kids. 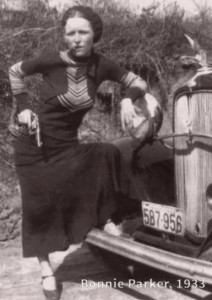 But the biggest blow to mystery and crime noir lovers everywhere? Paid killers are really average-looking people who easily blend into a crowd. Those ripples of muscle, taut tank tops and dangerous smirks? Purely invented. But that’s to be expected. Because here’s the secret truth: literary assassins are our adult, subversive, twisted version of childhood superheroes. They’re the unassuming person you’d never expect to have a secret identity. They’re the person whom part of us wishes we had inside when shouted at by a foul-mouthed stranger on a train or being intimidated by a heckling gang. The idea that, within us, something powerful lurks that means we could stare these terrors down with our own glower, potentially backed up by real menace, is an intoxicating fantasy. It makes for a powerful story. It’s exciting and chilling at once, a delicious, visceral thrill that taps into something deep within that many of us would rather not look at too closely.

So when we read a novel that embraces the protagonist’s ruthless, lethal efficiencies, there’s something to be said for knowing that this beautiful, untouchable, god-like, brutal being is all just mere fantasy. Because in the end it’s a relief knowing that our most sensational killers are all two dimensional, tucked safely away in the pages of our mystery novels.

Lee Winter is an award-winning newspaper journalist and in her 25-year career has lived in virtually every state of Australia, covering courts, crime, entertainment, hard news, features and humor writing. She is author of The Red Files and just published Requiem for Immortals with Ylva Publishing.