The Magic of Storytelling 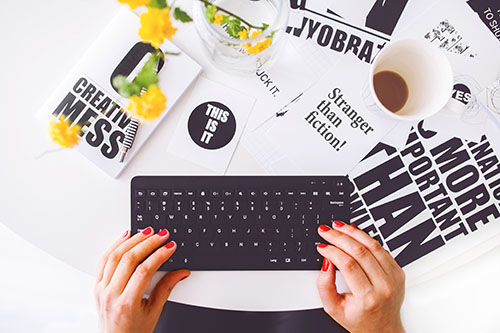 Whenever I talk to people about writing, I tend to stress the fact that it’s “just a job.” I mean, there’s a story to tell, there are words to find, and then there’s the matter of putting them in the right order. That’s pretty much it.

I’m not exactly sure why I take this approach (though let me be the first to suggest that it’s false modesty), because the truth is that storytelling is anything but just a job—it’s pure magic. And the part that baffles me most is how writers find stories. Or rather, how stories find them.

A while back, I was asked to write a short piece in the Nordic noir genre—a crime story with psychologically interesting (read: brooding) protagonists, some kind of morally ambiguous dilemma, and a good bit of local color. The genre calls for cold and dark settings, which is right up my let’s-huddle-around-the-fire-while-the-blizzard-rages-outside alley. 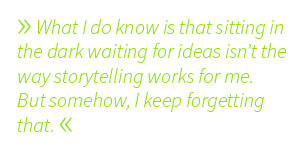 But the thing is, I’m not a crime writer. At all. I can’t tell an actual Smith and Wesson (that’s a gun for the equally clueless among you) from the kind that’s really a cigarette lighter. And I’ve been to Norway, but it was summer and it was warm and lovely. Nothing bleak about it.

What to do? Pass up this challenge?

What I do know is that sitting in the dark waiting for ideas isn’t the way storytelling works for me. But somehow, I keep forgetting that. Which is why nothing happened. It wasn’t until my fingers found the keyboard of my computer that things started to flow. Because before I knew it, there he was—a guy in a trench coat, on a train, with a gun in one pocket and a Bible in the other. It was a grey winter day. Snow was falling. Rivers were overflowing. And then suddenly, I found myself in the office of two female journalists. Apparently, they were using their newspaper business as a cover-up for what they actually did, which was recruiting activists for an animal liberation movement. (And smiling at each other seductively).

It was at this point that I found myself staring at the page, thinking…uh…come again?

Guns? Bibles? Floods? Undercover operations? Where is all of this coming from? And where do I take it from here?

And then it dawned on me. I wasn’t taking it anywhere. It was taking me somewhere.

So I decided to go with the flow and to trust my instincts—they, obviously, knew where I was headed. And now I can’t wait to find out who else will appear on the scene, what kind of weapons they’ll carry, whether the snow will ever stop falling. (And whether the seductive smiles will turn into something more).

I will probably never find the answer to the question where my ideas come from. All I know is that they do. Stories find me. And that’s pure magic.