Having spent far too much time hopping from subject to subject at university back in her native country of Sweden, Emma finally emerged with a degree in Library and Information Science.

Now she lives with her wife and two cats in England, there is no point in saying which city as they move about once a year. She spends her free time writing, reading, daydreaming, working out, and watching whichever television show has the most lesbian subtext at the time.

Her tastes in most things usually leans towards the quirky and she loves genres like urban fantasy, magic realism, and steampunk.

Emma Sterner-Radley is also a hopeless sap for any small chubby creature with tiny legs and can often be found making heart-eyes at things like guinea pigs, Dachshunds, wombats, marmots, and human toddlers. 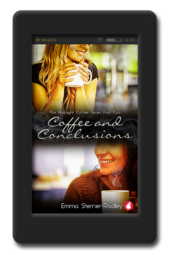 Add to cart
Add to wishlist
Coffee and Conclusions by Emma Sterner-Radley
Rated 4.71 out of 5
$9.99 / E-BOOK 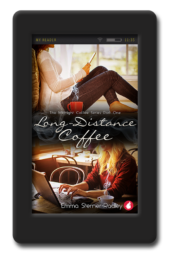 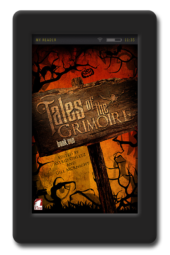